The Multichoice Diski Challenge proved rewarding for AmaTuks in more ways than one; as they have now signed New Zealand holding midfielder Harry Edge.

"When we played against Zwolle in Holland I liked his athleticism and the fact that he plays forward all the time, he plays center mid but can also slot in at central defence. At Tuks we are very good defensively but we need to keep the ball more and attack more and we thought he would be a natural replacement for Matsi. We hope this move will work out for us and he can slot right in and make Tuks the place for him to grow and achieve great things"; said chief scout Paul Mathews.

"When I saw them (Tuks) against Zwolle they were quite fast and they attacked all the time. I only played in the second half of the match so I did not really get too much time agaisnt them", said Harry. "I have not followed South African football but I watched a few videos of Tuks and in one they were playing against Pirates. I like how they play, it's a bit different style of football than what I am used to, very attacking, very direct; but I will do my best to fit right in"; he added.

What is your favourite team?

"I would love to say Liverpool but I always support the team I play for so right now I support Tuks ... AmaTuksOfNiks!"

What can the AmaTuks supporters expect from you?

I am just a hard working midfielder who will give 100% in every game for the team, I plan to wear my stripes with pride".

Before PEC Zwolle, Harry played for Western Suburbs, an amateur side based in Wellington and because the seasons in New Zealand run differently he was able to play for the side in three maches before travelling to South Africa to sign the deal with AmaTuks.

He will join the rest of his team mates when the team returns for pre-season training on 22 June 2015.

Check out match highlights from his previous clubs and let us know what you think of our new signing. 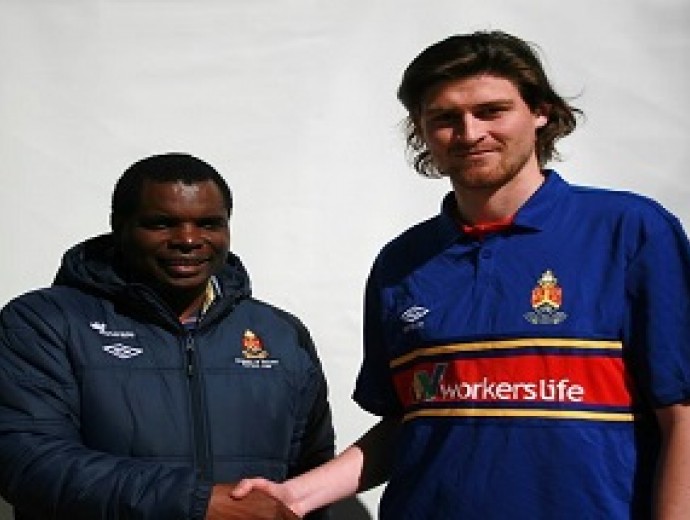