“This momentous event overwhelmed us all and I am still amazed by the comprehensive media coverage on AmaTuks’s success. It is, however, well-deserved as AmaTuks’s story is special and compelling,” said Prof De la Rey.

She stated that AmaTuks’s success topped a very memorable five-month period in the history of TuksSport.

In April, TuksSport celebrated UP-Tuks 1’s victory in the Varsity Cup Final. That was followed by the first cricket team winning the National Club Championship title after also taking honours at the USSA tournament and in the NCU Premier and 20/Twenty Knock-out Leagues.

Councillor Kgosientso Ramokgopa, Executive Mayor of Tshwane, said that he was very proud to have another Tshwane-based team in the PSL and promised AmaTuks his council’s full support.

AmaTuks’s Head Coach, Steve Barker, said now that his team has gained entry to the PSL, they also want to be competitive. Gaining PSL status is only the start of a new, exciting journey for football at the University of Pretoria.
Share this page
Published by Erhardt Maritz 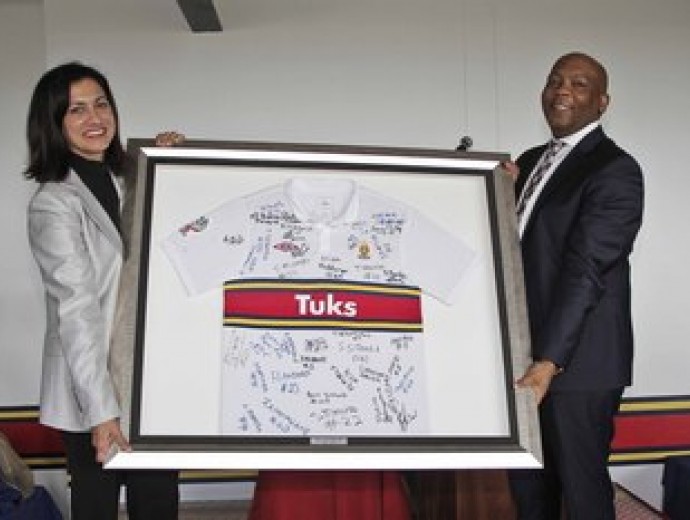