EXPERT OPINION: Social contract still in tatters after budget and state of the nation address

Much has been said lately about social contracts — or “social compacts” in the parlance of the president’s state of the nation address.

Social contracts embody state-society relations broadly, and rather abstractly. The reality is that the ways in which states and societies interact matter hugely for societal outcomes. This can be witnessed from the experience of Denmark and Singapore, but also from Syria, Afghanistan and Myanmar. As the notion of a contract implies, it is very much about mutuality. The national budget is a concrete manifestation of this mutual give-and-take between state and society.

In 2019 economists Daron Acemoglu and James Robinson published The Narrow Corridor, positing this corridor as the rather slim range within which state-society relations — or social contracts — produce a result in which citizens may find an existence free from political oppression and economic servitude.

These are the rare occurrences when states are capable of performing the complex tasks required of a modern state and societies are an effective countervailing force keeping them in their lane. Strong states, also democratic ones, that are not adequately constrained by society veer towards the proverbial authoritarian, predatory Leviathan.

Absent the enforcement of accountability by citizens, social contracts are bound to derail. Societies are the custodians of their own wellbeing and the guardians against exploitation by their state — a burden that is unimaginable in disenfranchised, impoverished societies.

The World Values Survey (WVS) provides some evidence of why it is an impossibly big ask to expect of citizens living in extreme poverty to use their political rights to enforce executive accountability. Using nearly four decades of data from about 100 countries, including SA, accounting for 90% of the global population, the survey shows that the existential insecurity one is bound to experience in extreme poverty profoundly constrains individual autonomy.

Existential insecurity is essentially the death knell of the kind of autonomy that would motivate political participation aimed at constraining the executive — only executive action directly threatening existential security may be contested. The daily plans of the existentially insecure are dominated by the pursuit of economic and physical security, to the exclusion of all else.

In fact, the WVS results show that existentially insecure individuals are more likely to be tolerant of authoritarian politics.

During his recent national budget speech finance minister Enoch Godongwana reported that 46% of South Africans survive off social grants, the amounts of which are too modest to lift recipients out of poverty. The eighth-round results of the Afrobarometer survey for SA, published in 2021, show how little appetite South Africans have to exercise their democratic powers to hold the state accountable.

Similarly, when asked “whether parliament should ensure that the president explains to it on a regular basis how his government spends taxpayers’ money, or whether the president should not have to justify his actions”, 47% of respondents were in favour of a president not having to account for how taxpayer money is spent.

These responses suggest, rather cynically perhaps, why the gross misuse and theft of public resources, as has emerged from the Zondo commission findings, do not evoke an overwhelming insistence from all of society that the culprits must account for their misdeeds. For the existentially insecure, keeping the R350 relief of distress grants alive for another 12 months takes priority over an injustice to society that may have derailed our national trajectory for generations.

This is understandable and predictable given what we know from the WVS findings. It does, however, have deleterious implications for the social contract as mutuality would imply compliance on both sides and that the defaulters on either side be kept to account.

Given their stakeholder interest, taxpayers may be more motivated to use democratic mechanisms to insist on proper allocation of their tax money. Democracy is a numbers game, though; with so slight a tax base, taxpayers’ contestations are relatively costless to overlook for politicians keen to be re-elected. The SA Revenue Service is also a competent enforcer best complied with, leaving taxpayers relatively disarmed in their efforts to renegotiate the social contract.

Despite what was promised in the state of the nation address and national budget, our social contract remains a one-sided affair. Compliance (from taxpayers for instance) is vigorously enforced on the citizenry while the state largely escapes accountability when public resources are diverted and not used in the public interest.

Apart from society’s low inclination to contest executive excess, states may pursue impunity through other avenues too. In How Democracy Ends David Runciman describes how democratic states may erode the institutional mechanisms designed to constrain them, concentrating state power while diluting society’s ability to use these mechanisms effectively. This process, known as “executive aggrandisement”, does not alter the outward democratic guise of a state. It does, however, significantly diminish society’s powers to enforce a just social contract.

Aggrandisement is state-led erosion of executive accountability through defanging independent institutions tasked with checking and overseeing the executive, or by packing them with loyalists or cadres. It signifies perilous democratic backsliding yet uses democratic rhetoric to justify the concentration of political power of the executive.

Patronage appointments also weaken the state’s capacity to do its job to the point of complete dysfunction. These theorisations are ominously recognisable in the Zondo reports, which carry numerous accounts of deliberate executive action targeting the checking institutions that should prevent and punish the misuse of public resources.

Our social contract has not been salvaged, neither by the state of the nation address nor by a national budget that could admittedly have been much worse had we not been granted a reprieve by our old faithful, the mining sector. The asymmetrical enforcement of the social contract violates the basic notion of accountability.

It is the most essential characteristic of a state-society relationship that would produce a free and prosperous existence; it is the characteristic that shields society from state predation and tyranny. Unless our citizens unite in their insistence on executive accountability, and it is heeded instead of defied, the social contract will remain broken.

Dr Sansia Blackmore is a senior lecturer in the African Tax Institute within the Faculty of Economic and Management Sciences at the University of Pretoria. This article first appeared on Business Live on 2 March 2022. 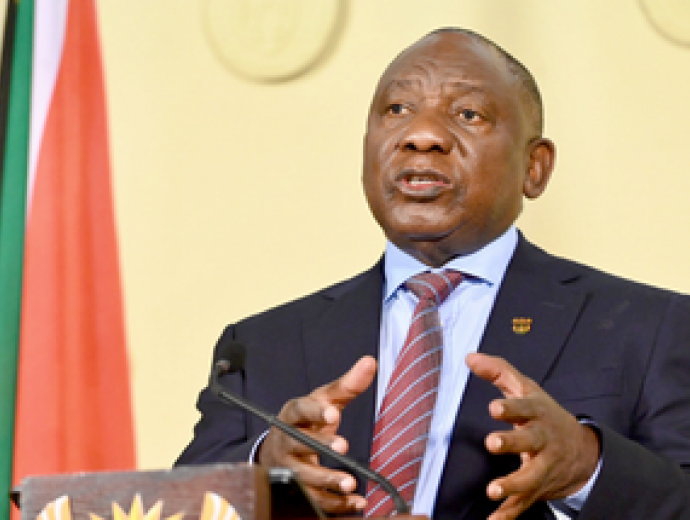