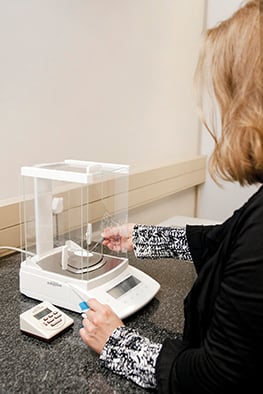 The air quality laboratory involvement in pre- and post-graduate training activities of the SHSPH, research and industrial engagements showed growth during 2011 - 2012. The continued investment in infrastructure provides opportunities for post-graduate students to complete their experimental work in-house. Co-operative activities with other professionals in occupational hygiene, the Mine Health and Safety Council (MHSC) and the National Institute of Occupational Health (NIOH) were extended.

The laboratory was involved with contract consultancy and research projects through BE at UP for the MHSC, Impala Platinum, Council of Scientific and Industrial Research (CSIR)  and various small companies.

The Air Quality Laboratory can provide the following services

The Iyathisi Board Game to induct mine workers on heat related risks associated with underground mining activities was developed for the MHSC. This was a joint effort between the Environmental and Occupational Health track (Dr Nico Claassen) and Health Promotion tracks (Dr Kirstie Rendall-Mkosi). The board game was well received in the mining industry and the application of the board game was presented at a number of mine health and safety conferences. A decision was made by the MHSC to roll out the board game to the mining industry during 2013 as an example of an alternative approach to induct workers on heat related risks.

Three PhD projects relating to lung health i.e., air quality in schools and association with respiratory disease; impact of tailing dams on lung health of surrounding communities and influence of emissions from a cement factory on asthma of surrounding communities are currently in the data collection phase. The Aeroqual environmental monitor is used for continuous outdoor sampling of air quality variables i.e., PM10 and PM2.5, NOx, SO2, dry-air temperature and humidity. Gravimetric analysis of indoor PM2.5 samples is done in the recently upgraded weighing room facility.

Collaborative activities with Occupational Therapy and the department of Risk Management at the University of Pretoria were established to assist students with their projects and to provide research and technical support. New initiatives for 2013 – 2014 involve continuous monitoring of ambient air quality at the Faculty of Health Sciences campus to establish baseline values for PM10, PM2.5 and environmental carbon load. This will eventually be linked with lung health of students studying at the Faculty of Health Sciences.

It has been an eventful two years for the Endocrine Disrupting Chemical (EDC) and Toxicology laboratories.  The two Water Research Commission (WRC) project reports were finally printed in 2011, firstly the “Endocrine Disrupting Chemical (EDC) Activity and Health Effects of Identified Veterinary Growth Stimulants in Surface and Ground Water” (WRC K5-1686) and secondly, “The Compilation of a Toolbox of Bio-assays for Detection of Estrogenic Activity in Water”, (WRC K5/1816). The EDC laboratory was also involved in assisting a student from Rhodes University with the estrogenic assays for her MSc, which resulted in the following WRC report, “Rapid enzymatic detection of organophosphorus and carbamate pesticides in water”  (WRC 1902/1/11). 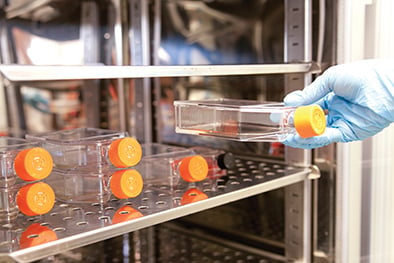 The two students (Ms Mmampedi Huma and Mrs Susan Van Wyk) involved in the veterinary growth stimulant project obtained their MPH and MSc, respectively, in this time period. Mr Sean Patrick registered for his PhD on the “Effects of selected endocrine disrupting chemicals on male urogenital system development and reproductive parameters of rats” which he hopes to complete in 2013.

Three new projects were funded during this period, “Estrogenic activity and endocrine disrupting chemical (EDC) status in water obtained from selected distribution points and bottled water in Pretoria and Cape Town” (WRC; 2011-2012); “The endocrine disrupting chemical and estrogenic activity status in bottled water” (CANSA; 2011-2013); and “Health risks associated with endocrine disrupting chemical (EDC) status and estrogenic activity in bottled water and water from selected distribution points in Pretoria and Cape Town” (MRC; 2012-2014). A PhD student will work on these projects. We are also collaborating with the CSIR on a WRC funded project investigating the contamination of water resources by agricultural chemicals and the impact on environmental health.

The EDC laboratory has extended its focus from water to other sources of EDC exposure through a project funded by CANSA investigating the presence of “Nonylphenol, bisphenol-A, selected phthalates and total estrogenic activity in cling wrap plastics commercially available in South Africa”.

The highlight of this period was that the Environmental Chemical Pollution and Health (ECPH) Research Unit was established. The ECPH Unit is a collaborative partnership between the School of Health Systems and Public Health (SHSPH) and Andrology in the Department of Urology in the Faculty of Health Sciences, which includes the EDC and Toxicology laboratories. The EDC component offers a comprehensive battery of bioassays for estrogenic and androgenic activity in environmental samples and specific chemicals.  The Toxicology section is primarily a research laboratory to assess reproductive health in humans and wildlife.

The overall aim of this Unit is to conduct research on the occurrence, health effects and projected future impacts of chemicals, especially endocrine disrupting chemicals on environmental pollution and health in South Africa and Africa.  This includes the initiation of activities to minimise the health effects such chemicals and pollution may pose to present and future generations.