The Faculty of Law (UP Law) at the University of Pretoria (UP) is proud and delighted to announce two publications of Professor Dire Tladi, NRF SARChI Chair in International Constitutional Law, Professor in the Department of Public Law and a Fellow at the Institute of Comparative and International Law in Africa (ICLA) of the University of Pretoria this week.

The first publication is an edited volume, released on 16 August 2021 under the title Peremptory Norms of General International Law (Jus Cogens) - Disquisitions and Disputations.  The published book is part of the Brill Series ‘Developments in International Law’, Volume 75.

The contributions are presented from an array of scholars and experts with different perspectives, thus providing an interesting mosaic of thoughts on peremptory norms. Written against the backdrop of the ongoing work of the International Law Commission, it exposes some tensions inherent in the doctrine of jus cogens. While the book reveals much divergence of views on several aspects, it also highlights areas of convergence, which might be a fertile ground for attaining greater clarity on this important area of International law.

In reaction to the release of the e-book, Tladi states that ‘I cannot wait to receive the hard cover version of this publication’ adding that it is a ‘is a rare feat for a book with such high-profile contributors with busy schedules to be published in less than two years from the time of conception’. He hopes 'that the thoughtfulness that went into the production of each chapter would serve ‘to clarify the contours of jus cogens for the International Law Commission, the International Court of Justice and all who may be called upon to identify jus cogens and apply their consequences.’

A proud Dean of Law, Professor Elsabe Schoeman, congratulated and thanked Professor Tladi as Editor of this leading international publication.  ‘Thank you for your hard work and dedication ensuring the publication of this book while simultaneously coping with the increasing interdisciplinary and transdisciplinary views, Dire!  Also, hearty congratulations on being invited to lecture at The Hague International Law Summer School in July.  The honour of being the second only person from South Africa to do so in the almost century existence of The Hague International Law Summer School is phenomenal and underscores your standing as an International law expert to the core in the international arena!  Thank you for continuously contributing to and expanding our reputation as ‘A Global Law Faculty in Africa’. 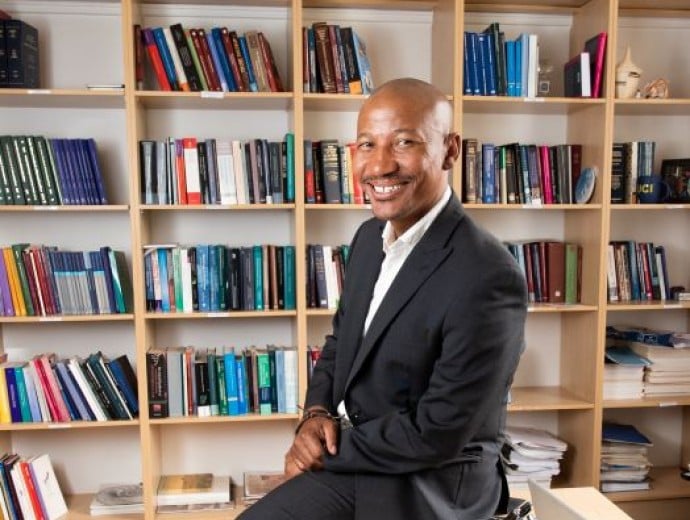