February 6 – the International Day of Zero Tolerance for Female Genital Mutilation – is dedicated annually to making the world aware of the harmful effects of female genital mutilation or cutting (FGM/C) and to promote its eradication [1]. FGM/C involves the partial or total removal of external female genitalia; a deep form of discrimination against women and girls, it directly violates their right to health, and physical integrity. The practice is rooted in cultural and religious beliefs of communities who perceive it as a social obligation to control female sexuality and ‘preserve or protect’ a woman’s chastity.

The most common form of FGM/C in Eritrea is ‘infubulation[2]’. During the procedure, the child’s legs and hips are tied together to limit movement – often for several weeks afterward to allow healing. The age for circumcising of a girl varies amongst cultural groups, but can range from one month old to 15 years. A traditional circumciser commonly performs the act within communities; close relatives or neighbours can also act as circumcisers.

In 2007 the Eritrean government passed Proclamation No. 158/2007 banning FGM/C. A 5,000 to 10,000 Nafka (USD 300–600) fine, or a two to three year prison sentence was fixed for individuals practicing FGM/C. Adopting the legislation and other efforts such as intensified awareness campaigns and a national five year plan to eliminate the practice, are all commendable actions to dispel the cultural obligation.

155 cases of FGM/C were reportedly prosecuted in Eritrea since the promulgation of the legislation [3]. However, measuring the real extent of the epidemic in the country remains challenging. The authorities control all sources of information – a situation which, in tandem with a culture of silence, enables the practice to continue. A UNICEF research study conducted in 2013 determined an 89% prevalence of FGM/C in Eritrea.

Reportedly, Eritrea is one of three African countries to achieve Millennium Development Goal (MDG) 5 to improve maternal health (sexual and reproductive health). Yet, the continued prevalence of FGM/C and the consequences associated with the practice negatively affect the sustainable attainment of the goal and overall curbing of the practice. Emphasis must be placed on the physical and psychological consequences of FGM/C to adequately eradicate the practice. Consequences include problems during menstruation, complications in childbirth, psychological trauma, permanent damage to genitalia, excessive bleeding or even death.

Awareness and eradication strategies should be all inclusive, targeting the sexes, all ages, community and religious leaders, in order to effectively disempower transmission of the act to future generations.

[1] On 6 February 2003, Stella Obasanjo, the First Lady of Nigeria and spokesperson for the Campaign against FGM, made the official declaration on zero tolerance to FGM in Africa during a conference organised by the Inter-African Committee on traditional practices affecting the health of women and children (IAC). On 20 December 2012, the UN General Assembly adopted Resolution A/RES/67/146 in which it “Calls upon States, the United Nations system, civil society and all stakeholders to continue to observe 6 February as the International Day of Zero Tolerance for Female Genital Mutilation and to use the day to enhance awareness- raising campaigns and to take concrete actions against female genital mutilations”.

[2] “After the removal of the clitoris and labia minora as well as parts of the labia majora, the two parts of the vulva are closed over the vagina (narrowing the vaginal opening). This is done by fastening together the two bleeding sides of labia majora with thorns or catgut or some sticky paste. A small opening is created by a splinter of wood to allow for elimination of urine and later menstrual blood”. Worku Zerai. A Study in Female Genital Mutilation in Eritrea. 2003.

[3] Fourth Periodic Report of the Government of Eritrea to the Committee on the Elimination of All Discrimination Against Women. 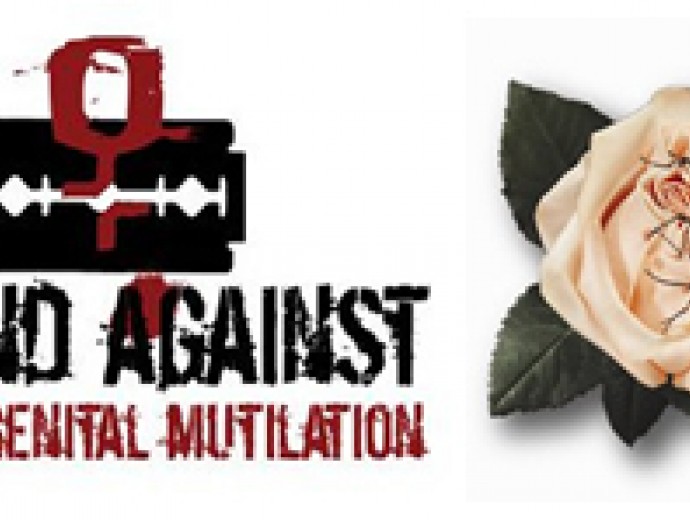