You're a nuclear physicist! Wow! What made you choose this career path?

During my first year at the University of Limpopo (Medunsa campus), an MSc student studying Medical Physics, Khombo Dumela, was my physics tutor and used to take a class of about 250 students for tutorials and remarkably handle the whole session herself. I used to love the way she made us solve tutorial problems by ourselves and encouraged us to do all the problems without depending on her. In my eyes she was this smart, young lady helping us with physics, the hardest subject known to man! This was really incredible to me and I really admired her intelligence. I also hoped that one day I would be the one helping other students with physics like her. That influenced my decision in continuing with physics up to honours level.

But when I finished my honours in physics, I wanted to do an honours degree in financial mathematics. I was accepted at UP, but for some reason that I can't explain I decided to do an MSc degree in physics. Dr Dolly Langa, Professor Thulani Hlatshwayo and Professor Johan Malherbe were the people who made me become a nuclear physicist. I was star-struck by the fantastic work they were doing and I also wanted to be part of it.

What about nuclear materials? What do you do with them? What are you researching? Why are you interested in it?

The SiC layer is used as the main diffusion barrier for fission products released when a nuclear reactor is operating. Fission is what happens when a nuclear particle’s atom splits into two, it is also known as radioactive decay and produces large amounts of energy. The SiC layer fails to retain some of the fission products effectively. I focus on exploring possible metals which can be used as a sub-coating layer to assist the SiC layer in improving the shielding effect, which allows high burn-up and enrichment without degrading the SiC. This helps to develop safer nuclear fuel encapsulation technology. I find ways to improve the coating layers of the fuel particles in nuclear reactors which ensure the safety of the people working with the reactors.

My grade 10 teacher was an exceptional teacher. She made science fun and was always encouraging us not to give up. She use to do experiments with us using household goods like cleaning and washing agents. She would make sure that we were all hands on and she would also guide us step by step until the end. At times, she would give us homework to come up with our own experiments using whatever was available at home. This was a great way of trying to help us to become creative. She moved back to India when I started Grade 11, but the love for science that she instilled in me didn’t dissipate. Why do you think so many girls, in particular, are put off by maths and science?

There are a number of factors and some of these are social. We grew up being told that science is hard, and we believe it. This can lead to a lack of self-confidence. When one fails to obtain the correct answer in a maths or physics problem, for example, there could be a belief that one is stupid and inadequate. Teachers and parents need to build the confidence of young girls by encouraging them and giving them opportunities to learn from their mistakes. They also need to help remedy any misconceptions young girls might have in a bid to build their logical and scientific reasoning.

Some young girls choose their subjects based on the kind of teachers that they like. If they can connect to the teacher, they will take that teacher’s subject. Girls respond better to encouragement and the teacher showing them that he/she believes in them. Enthusiasm for the subject from the teacher also plays a role in the way girls respond.

Another factor that influences subject choices is the career that one wants to pursue. Some girls will be discouraged from taking maths and science because they cannot think of themselves holding similar positions to the people they perceive are supposed to have those jobs. This can make certain career prospects seem unattractive. For example, some might not have seen a woman engineer or scientist. This can lead to a lack of interest in maths and science as they might think that careers related to these subjects are not for them. People will usually find it easier to succeed when there is a role model who “looks like them” and comes from a similar background to them. Girls need to be exposed to such women to make it easier for them to envision themselves in a similar path to success.

Tell us a bit about your books for toddlers.

I was inspired to do these books by my two-year-old daughter who really enjoys books when they are being read to her. Kids love learning something new and exciting, especially when it is related to numbers and figures.

The books are meant to introduce physics and maths to babies and toddlers. The maths books aim to teach toddlers how to count, identify shapes, identify mathematical signs and relate them to science. This will also provide them with a good foundation of maths so that they are able to grasp concepts like addition and subtraction. The physics books aim to help kids relate their daily activities in life to physics, learning a few physics concepts and not to shy away from asking questions. This in turn encourages kids to think and have enquiring minds.

The books are currently available on Amazon and Apple books. The books will be available in South Africa from September 2019.

I would love to see more young women join the science field and embracing it as their own playground. I really admire Professor Mamokgethi Phakeng (University of Cape Town Vice-Chancellor). She is an inspiration to all women in society. She is a living example that it is possible for women to infiltrate the science field. Also, women like Khombo Dumela really make a difference in the lives of a lot of students who are struggling to get by at universities by encouraging them and helping them with their work.

Do you think your daughter will grow up to be a physicist too?

It’s too early to tell, she may be tempted to because both her parents are physicists. 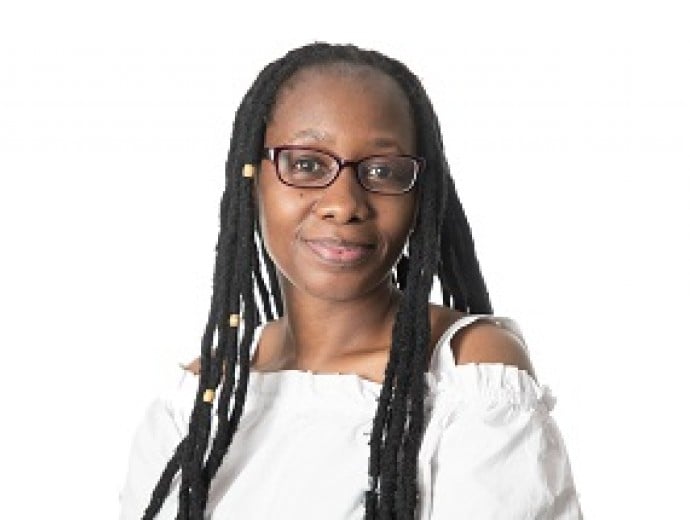