Theodore Roosevelt unknowingly offered indispensable advice to the two inexperienced fourth-year students starting up the occupational therapy service. He ingeniously stated that you should do what you can, with what you have, where you are.

The two ambitious and enthusiastic students fortunately had an experienced supervisor, Raashmi Balbadur, lecturer at the University of Pretoria, who offered practical advice, guidance and support throughout the practical. Furthermore, the occupational therapy department of the University of Pretoria provided the necessary materials and equipment. Students supplemented the limited resources by developing low-cost activities such as games to address the need for activities, which improved social interaction, thought processes and attention span

The students and supervisor identified the initiation of a library service as the first priority project. Collecting and organising books to be used in the library cupboard in the ward was completed within the first two weeks and the library system was up and running smoothly soon after. The library cupboard was opened daily for the borrowing and returning of books, magazines and articles during the period of the practical.

Working in an acute psychiatric unit with limited space available for therapy posed several logistic challenges. Improvisation proved paramount to ensure that the available space was utilised without reducing the quality of therapy.

The value of psychomotor activity was also evident in the spontaneous physical and social responses elicited during daily exercises presented on weekday mornings which included adapted volleyball, line dancing, netball, breathing and controlled stretching exercises. The contribution of energetic music and the opportunity for social interaction resulted in a steady increase in attendance of these exercise by both patients and nursing staff. It was encouraging to witness how the social interaction between the patients increased during the morning exercise routine. The benefit of establishing a routine for the patients was also evident.

The manner in which staff members welcomed the occupational therapy created a professional environment that was conducive to the students' growth as well as to the establishment of occupational therapy services. The students experienced the multidisciplinary team to be a well-oiled and successfully functioning team. It was an encouraging experience for them to see how competent the nurses were in fulfilling their duties and to experience the respectful approaches that each team member had towards one another.

The first seven weeks of this service may be regarded as the loosening of the soil and planting of the seedlings, but it is hoped that this young garden will bear many fruits in future. The opportunities for development and expansion of future occupational therapy services within Steve Biko Academic Hospital’s Psychiatric Unit as well as mental healthcare facilities remain endless. The therapist who is involved in starting such a service will be part of a rewarding and exciting challenge that he/she will surely never forget.

The students are grateful that they had the opportunity to be the first ever fourth-year students involved in providing an occupational therapy service in the psychiatric ward of Steve Biko Academic Hospital.
Share this page
Published by Erhardt Maritz 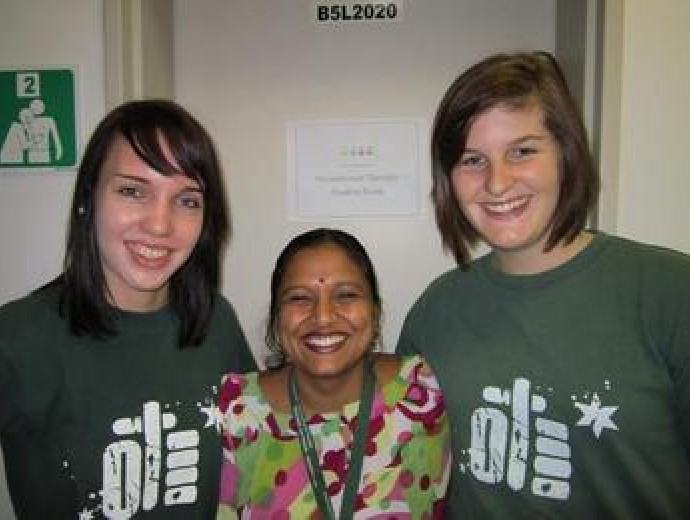