Collaboration between UP Arts and the City of Tshwane

On Friday, 9 June 2017, the Department of UP Arts formally handed over Phase 1 of the Tshwane Heritage Report to the Executive Director of Culture, Libraries and Heritage Services, Mrs Ntuthu Sipambo, as part of a collaborative heritage project between the University of Pretoria and the City of Tshwane. The handover ceremony was attended by the Head of the Department of UP Arts, Prof Theo van Wyk, Museum Manager, Sian Tiley-Nel, Project Manager, Mr Gerard de Kamper, and other museum staff, as well as Mr Ishmael Mbokhodo, Director: Heritage Resources Management and Mr James Boale, Deputy Director: Heritage Resources Management in the Department of Community and Social Development Services.

In 2009, the University of Pretoria and the City of Tshwane Metropolitan Municipality signed a memorandum of agreement. The Tshwane Heritage Report for Region 3 involved the audit, mapping and survey of heritage resources that identified and recorded over 11 310 sites which are protected by the National Heritage Resources Act, No 25 of 1999. This ongoing collaborative mapping project will enable the Tshwane Metropolitan District to commence with a formal listing of heritage sites for the City of Tshwane. - Author Department of UP Arts
Published by Jacoba Odendaal 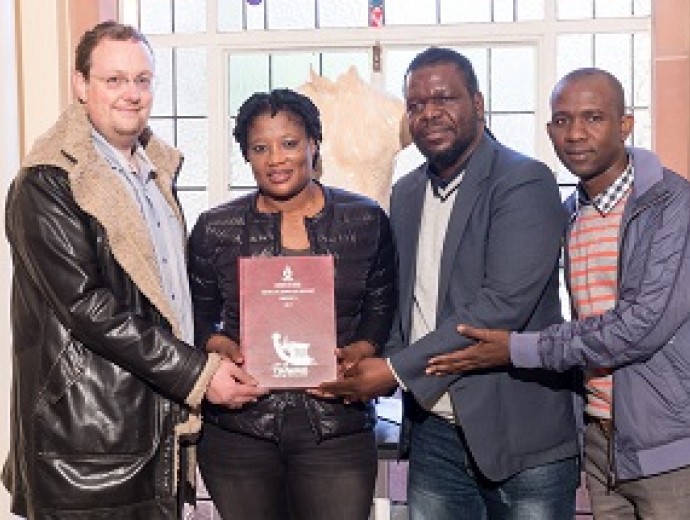