In October, five South African young female researchers were given a career building opportunity to meet with leading UK experts in science communication. The participants were hosted by a number of organisation for capacity building which include the Royal Society, Springer Nature, Wellcome trust, Planet Earth Institute, Francis Crick Institute, British Broadcasting Cooperation (BBC) and the British Science Writers Association. The researchers were part of the Best Practice in Science Communication UK study tour from 24-28 October 2016, a culmination of the Women in Science project, which is part of the British Council’s Professional Development and Engagement (PDE) programme, under the Newton Fund.

Nokuthula Vilakati, a post-doctoral Fellow at the University of the Pretoria at the Institute of Food Nutrition and Well-being, was one of the participants selected from 25 early career female researchers and scientists for the UK study tour. “I feel honored to have been selected as one of the participants to go on the study tour in the UK, after going through a very rigorous training and selection process”. “For me, this opportunity comes at a time when I am exploring ways that can be used to get the public, especially young people, interested, passionate and engaging more in science”. Nokuthula further suggested that the public needs to realising and be made aware that there can be mutual learning for both scientists and the public through science engagement. Such engagement provides tangible returns on the investment of public funds on research.

Mr Colm McGivern, Director of the British Council South Africa commented that the connection between the South African and UK counterparts was interesting. He stated: “I know that there is a great deal of learning that was shared on both sides. This also continues to strengthen important ties between Higher Education Institutions in both countries, which will be vital in our increasingly connected world," he further said.

The tour was made possible by the UK’s Department of Business, Energy and Industrial Strategy (BEIS) Newton Fund and the Department of Science and Technology (DST), which is delivered in partnership between the British Council and the Academy of Science South Africa (ASSAf). “ASSAf greatly appreciates the opportunity to have been involved in this initiative as it aligns closely with the Academy’s goals of nurturing the next generation of scientists and increasing opportunities for young women. We continue to congratulate those who were selected and we are very proud that they have been and continue to be excellent ambassadors,” said Professor Roseanne Diab, ASSAf’s Executive Officer. 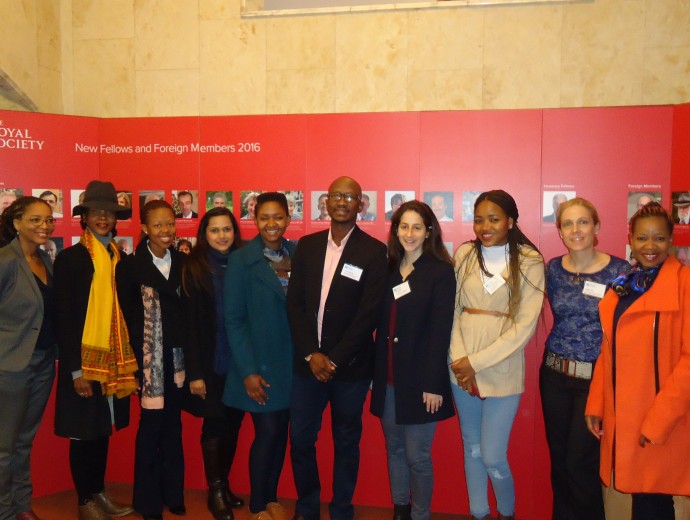