The Institute for Food Nutrition and Well-being is involved in an international project funded by USAID, in partnership with Michigan State University and the International Food Policy Research Institute. The three institutions form a consortium which is part of the Feed the Future Food Security Policy Innovation Lab.

As part of this initiative, the University of Pretoria's Institute for Food, Nutrition and Well-being hosted a two-day workshop in Pretoria in September 2016. The purpose of the workshop was not only to validate the research findings but also to validate the Kaleidoscope Model of policy change that was developed and tested by researchers from the consortium. The model bridges insights from development practitioners, public administration and political science. The Kaleidoscope Model was tested on micronutrient policies in Malawi, South Africa and Zambia. The consultative workshop focused on presenting the findings from the three micronutrient case studies. The workshop brought together government officials from health and agriculture, private sector, scientists, researchers, donors and journalists from the three countries.

The workshop facilitators included Dr Suresh Babu, head of capacity strengthening in the Director General’s office at the International Food Policy Research Institute, Prof Sheryl Hendriks, Director for the Institute of Food Nutrition and Well-being, Prof Hettie Schönfeldt, Extraordinary Professor at the Institute for Food Nutrition and Well-being and Prof. Steve Haggblade from Michigan State University. Babu explained that, “The Kaleidoscope Model is used to explain the policy process that happens in developing countries particularly.”

One of the exciting components of this work has been the partnership with young jounrnalists from the three focus countries. Six young journalists participated in this validation workshop. Listen to Rhoda Msiska's (from The Voice of Livingstonia, Malawi) educational radio broadcast explaining the model to the general public. Links to other stories and print media can be found on our project website. The partnership with radio and print media journalists has been one of the exciting elements of this project.

The Kaleidescope Model is currently being applied to supporting country-level analysis of food seucirty policies in South Africa and Malawi by the research team. This work will expand to other countries in the final years of the Innovation Lab. Opportunities to scae up the trianing for journalists is being explored. 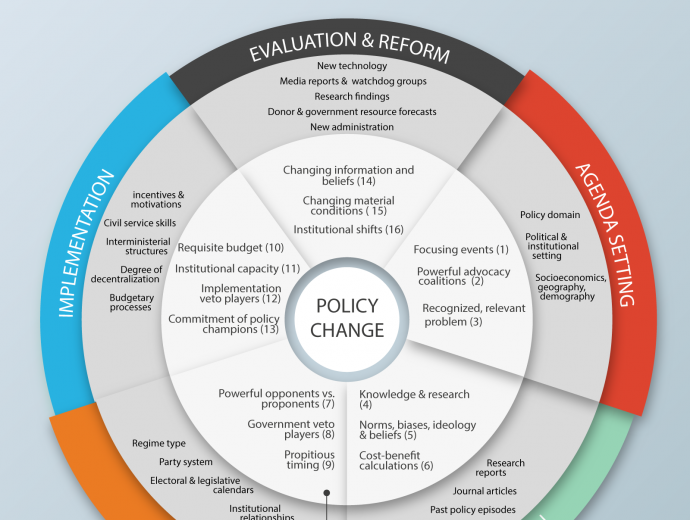