The panel of 15 international experts was appointed by the 192 member states of the CFS. The CFS is the highest level of global governance on food security. Each year, the CFS members select the two most pressing and controversial food security problems and request the HLPE to provide expert and strategic evidence-based policy advice to the 192 member states. The topics commissioned by the CFS have to date included: food price volatility, land tenure and international investment in agriculture; climate change (Prof Rashid Hassan was part of the writing team for this paper), social protection, biofuels and smallholder investment in agriculture. The last two reports were finalised during the recent meeting of the HLPE.

Being part of the first panel of the HLPE has been especially challenging, as the team had to pioneer a methodology for their work and earn the trust of the CFS member states through the elaboration of scientific reports written for policy makers, on extremely tough topics. The process of preparing these papers is unique in that they are authored by a team of internationally recognised researchers, in partnership with the HLPE. The process involves public consultation on the paper outline and the first draft of the paper. The penultimate draft of the paper is reviewed by anonymous reviewers, also drawn from the best experts in the field internationally. The final papers become part of the preparatory material for the CFS meeting and are made publically available in the five official languages of the CFS (Arabic, Chinese, French, Portuguese and Spanish). Demand for the papers is escalating, with additional print runs being necessary.

The usefulness of the papers in guiding the CFS deliberations and decisions is evident in the number of HLPE paper recommendations that appear in the final decisions of the annual CFS meetings. This year, the CFS work plan has been modified to provide for the launch of the papers on biofuels and smallholders in Rome in June, to give member states three months to deliberate on the reports in their countries and regions before the CFS meeting in October.

Prof Hendriks counts it a real privilege to have been part of this first HLPE. The team of 15 members was drawn from a short list of 250 nominated experts, following two years of deliberation on the composition of the panel by the CFS Bureau. Each member came from a different country. The panel composition was representative of the regions of the world and range of disciplines covered by food security. The panel was chaired by Professor MS Swaminathan – the first recipient of the World Food Prize.

The panel’s deliberations were intellectually challenging, but offered an opportunity to learn from world experts, their distinct national contexts, discipline, focus, ideological perspectives and personal experiences. The biannual meetings were hosted by panel members (in the Netherlands, Brazil, Russia, India and China), who arranged for public seminars to present the reports and discuss the topics with local experts and field trips to engage with communities and farmers. 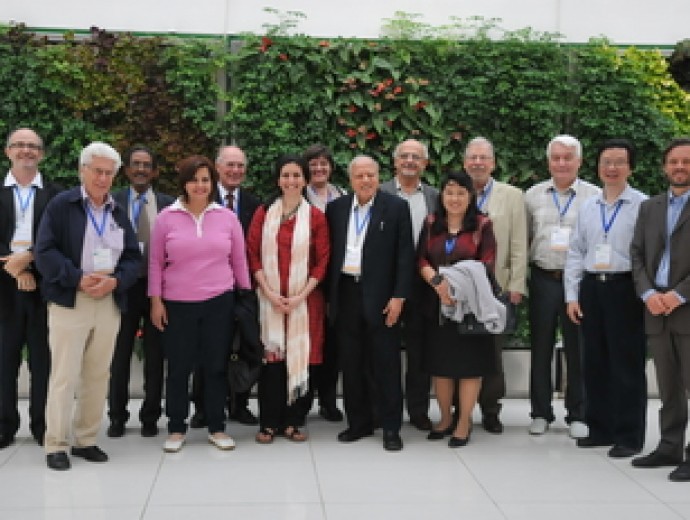 Members who participated in the seventh meeting of the Committee on World Food Security High Level Panel of Experts on Food Security and Nutrition in Beijing in May this year. Prof Sheryl Hendriks stands at the back, in the middle.