On the 17th October 2019, Dr. Marc Wegerif, of the Human Economy Programme at University of Pretoria, addressed the national conference on The Future of Farm Workers in South Africa, which was held at the University of the Western Cape.

Wegerif shared the experience and findings of the national survey of evictions from farms, published in 2005 - in the book “Still Searching for Security: the reality of farm dweller evictions in South Africa” - and related advocacy to strengthen the rights of farm dwellers. The survey was initiated in response to ongoing evictions and the lack of action from the government and farm owners who tried to claim that cases of evictions that NGOs highlighted were isolated incidents. The survey was initiated by the NGO Nkuzi Development Association (where Wegerif worked at the time) and Social Surveys, an independent research company that developed the methodology and implemented the survey.

The key findings included that evictions continued unabated pre and post-apartheid, with close to one million black South Africans evicted from farms in the first ten years of democracy in South Africa. Of these, the majority were women and children. The livelihoods of people after being evicted were found to be precarious, as evictees struggled to re-establish their lives mostly in informal settlements and rural areas with limited resources. It was clear from the survey findings how ongoing evictions from farms were inextricably linked to the changing structure of farm operations and the wider agri-food sector.

Wegerif explained the extensive advocacy that had been done on the crisis of evictions and the findings of the survey. This included: a national conference with stakeholders; production of  a photobook, with pictures and stories from farms and of evictees, along with a traveling photo exhibition, by renowned photographer Jurgen Schadeberg; television and radio interviews and numerous newspaper articles; briefings and discussions on the findings and actions required with the Minister of Land Affairs, the entire senior management team of the Department of Land Affairs, and the parliamentary portfolio committee; and the involvement of farm dwellers and evictees who shared their personal experiences with the media, members of parliament and other policy makers. It can be said with confidence that the initiative did raise awareness in the public and among decision makers. Unfortunately, as Wegerif stated, evictions have continued and there appears to have been little if any improvement in the lives of farm dwellers. Experiences shared by farm workers and other researchers at the 2019 conference revealed that indeed the reality found in the 2005 survey remains the reality for many today.

Policy makers need the kind of information that the 2005 national survey provided on the scale and nature of the phenomena of farm evictions in order to take action. And there were calls in the conference for such a survey to be done again to provide up-to-data data. There is also going to need to be, however, some new tactics adopted to convince those in power to take action. In addition, academics have a key role to play in identifying and showing that a more equitable agri-food system is possible and how this could be structured to create better lives and more sustainable opportunities for the majority of people on farms. 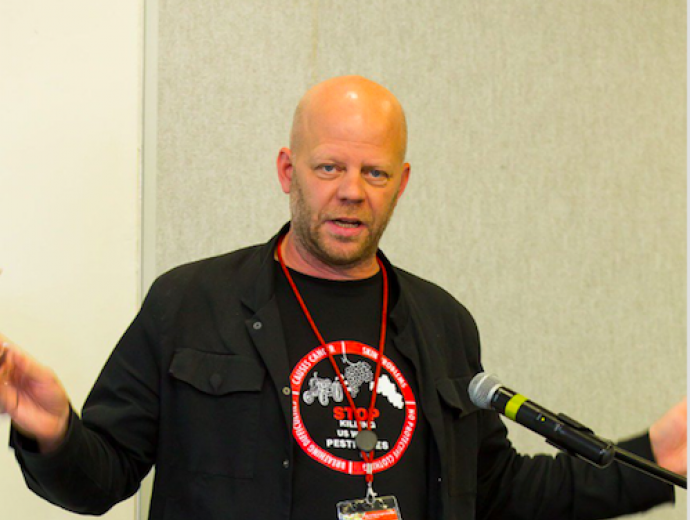