Our Postdoctoral Fellows and Doctoral Students come from a variety of different countries, backgrounds, and walks of life.

In 2011, the first year, fellows from South Africa, Zimbabwe, Nepal, Brazil, Jamaica and the United States launched a conversation about the human economy with other academics and members of the general public, while writing up their existing research and developing new projects in the Southern African region. Three of these fellows stayed on for a second year, while three were employed as university lecturers, two of them at UP.

In 2012, six new fellows and eight doctoral students were recruited. The fellows came from North America and Europe (including France, Germany, Netherlands and Spain, most of them with established research interests in Southern Africa), while the doctoral students group was entirely African (coming from South Africa, Lesotho, Zimbabwe, Cameroon and Nigeria). Each PhD candidate was based in a specialist department while their research was coordinated with the rest of the human economy programme. By 2014, our fellows were employed in universities in Brazil, Germany and the USA.

In 2013, the third group of post-doctoral fellows (coming from Greece, the UK, Angola and Italy) that comprised anthropologists, historians and political scientists also joined the Human Economy group, while the group of the doctoral students started the writing-up phase of their theses. We have also made a link with EMES, the European research network on solidarity economy and social enterprise to facilitate exchanges in both directions. This made for an interesting North-South dialogue, with the emphasis on the global South and Southern Africa in particular.

For more information about our research and publications, please refer to the "Publications" section. 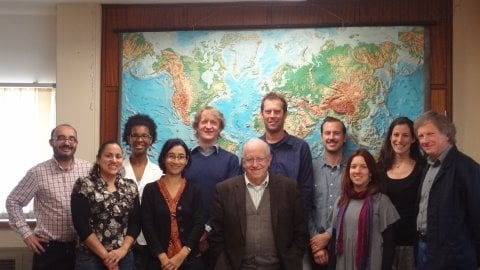 The HE post-doctoral group in 2012 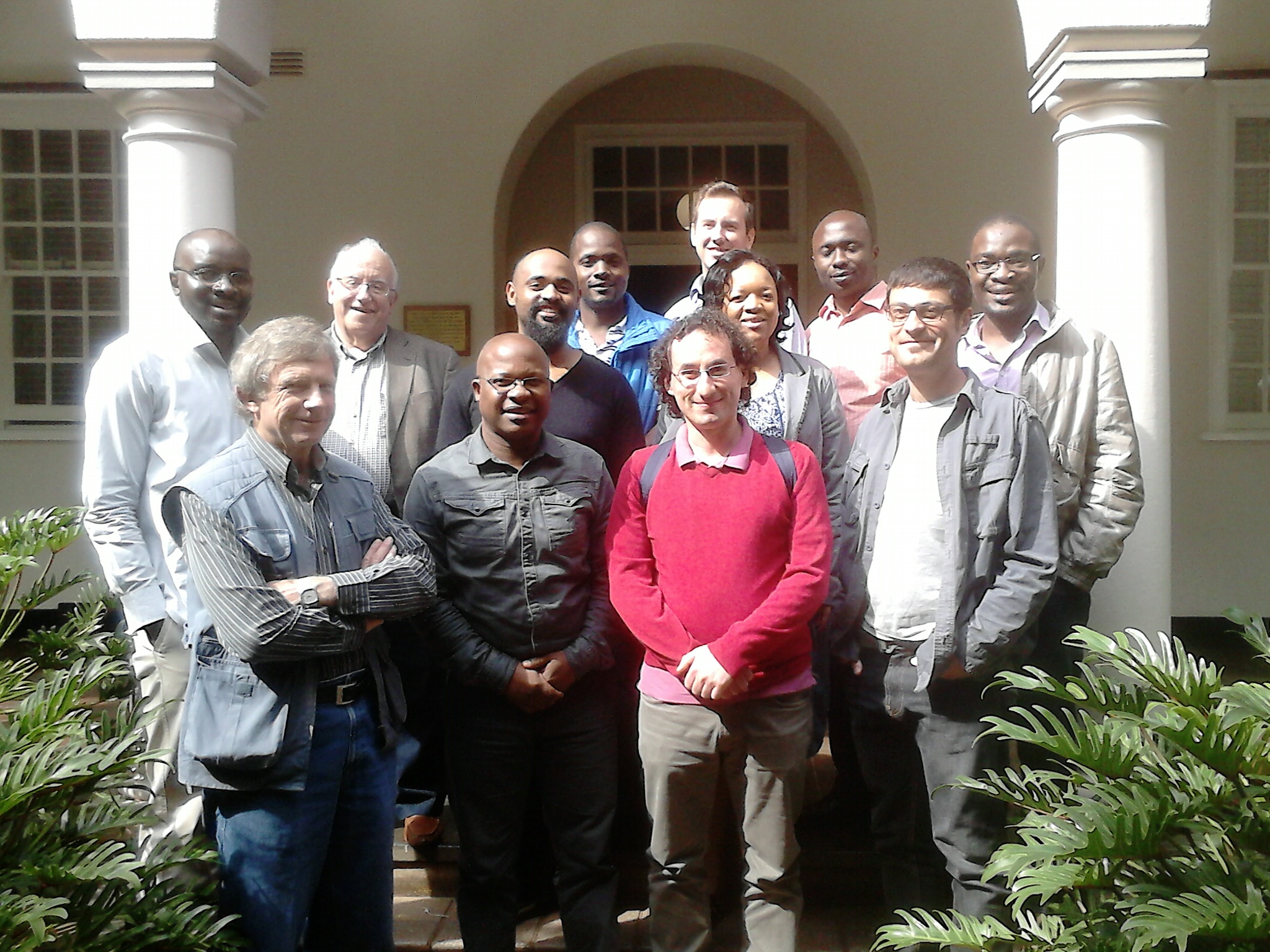 The Human Economy group in 2014