Research aims to bring human agency back to the environmental crisis

The degradation of the environment is a particular area of concern when it comes to the African continent. Issues concerning land development, pollution and climate change are becoming everyday realities gravely affecting people on all levels of society. While scientific evidence is available that makes scary predictions about the future, the reality is that the majority of these environmental issues are the results of human beings and their attitudes and behaviours.

The recently established African Observatory for Environmental Humanities understands this very well. It realises that humankind is at the forefront of the degradation of the Earth, but also recognises the potential for humankind to become responsible, aware agents of change.

The Observatory, which forms part of the Faculty of Humanities, recognises the many changes that have taken place over the years and draws on Africa’s indigenous forms of nature conservation in an effort to move away from the negative effects of global capitalism, which contribute to the degradation of the African environment. The Observatory promotes the notion of ‘earth keeping’, which provides a model for preserving the Earth, and positions itself at the intersection of indigenous value systems and modernity.

The Observatory’s point of departure in all its work is the spiritual idea found in a number of indigenous traditional societies in Africa, namely that human beings are keepers of the Earth rather than exploiters of the Earth.

Although still in its seedling phase, the Observatory already serves as a platform for discussions and research on key environmental issues, particularly those relating to disciplines in the humanities. Stemming from the research, the Observatory also assumes a role of advocacy in ensuring its work does not remain within the silos of the academia, but contributes to serious interventions on the ground.

One of the key focus areas for the Observatory is highlighting environmental issues as human issues, and in so doing, reviving the relevance and importance of the humanities. While science is often prized, Principal Researcher at the Observatory, Prof James Ogude, says: ‘We need to realise that at the centre of all environmental issues are human beings. In order to make an impact, we need to change people’s behaviours and attitudes.’

The Observatory’s research themes are rooted in viewing the environment in its totality, with little separation between humans, plants and animals. It seeks to resuscitate the spiritual notion that our environment and the resources it provides are not a commercial commodity that can be disregarded, but rather a God-given privilege that we should respect.

While acknowledging the work that has been done by natural scientists, the research undertaken at the Observatory seeks to highlight that not enough work has been done to understand the basic human subjectivities that shape our attitudes towards the environment, especially in disciplines closely associated with the humanities, such as philosophy, history, anthropology, religious studies, language and literary studies. This research therefore assumes a strong multi-disciplinary focus and endeavours to transcend general empirical observations and to yield nuanced, qualitative research into patterns of human behaviour. The Observatory further seeks to bring together scholars working in different areas and disciplines, with the aim of building on and extending existing scholarship in the environmental humanities. The Observatory boasts a diverse panel of researchers from a range of disciplines who bring to the project the benefit of their broad insight.

In all its research, the underlying focus of the Observatory is to return human agency to the environmental crisis. Some of its key thematic areas are social anthropology and literature; looking at the interface between indigenous and colonial conceptions of land; and indigenous practices related to sustaining the environment with a specific focus on the contrast between indigenous conservation approaches and the impacts of modernity. Political issues around natural resources are also addressed, such as the governance of common and trans-boundary resources like rivers. Other areas of focus include the rise of the African middle class, and the consumerist ideology in relation to issues of environmental sustainability in Africa.

Prof Ogude uses an example of traditional African farming to illustrate how attitudes and behaviour have negatively affected livelihoods and the environment. While the African continent is severely affected by the lack of rain as a result of climate change, drought-resistant crops such as pumpkin and sweet potato, once standard crops among African people, are no longer popular. This shows that development and a shift in attitude may have questionable implications for food security.

Prof Ogude has great hopes that the Observatory will be able to engage with communities about these types of attitude. His vision for the Observatory includes assuming an educational role about issues such as water wastage in water-scarce South Africa while paying attention to indigenous forms of ecology and the way in which they serve to protect the environment and create a balanced ecosystem.

2016 holds great promise for the Observatory as it sets out to offer postgraduate courses with a multidisciplinary focus. It also hopes to host a major workshop with position papers on its focus areas. The Observatory certainly looks set to become a significant agent of change at the University of Pretoria to pave the way to a healthier Earth. 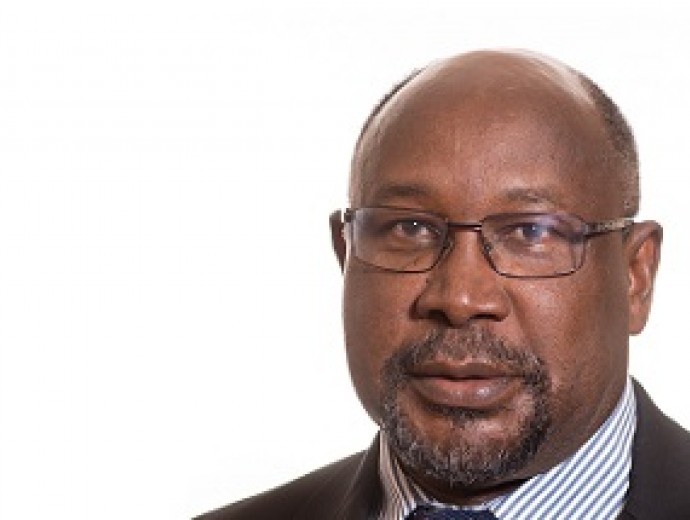