“Perfection is not attainable, but if we chase perfection, we can catch excellence.”

This famous quote by Vince Lombardi summarises what TuksSport is about. Hardly a day goes by during which athletes and coaches are not pushing the boundaries. For them, it is always a case of what is good enough for today, won't be good enough for tomorrow, and they are succeeding. Their results are proving it.

Tatjana Schoenmaker set three Africa breaststroke records during the recent SA Olympic trials. Her winning time in the 200m-breaststroke (2:20.17) is one of the seventh-fastest times ever.

For the last five years, Akani Simbine has become one of the top ten fastest international sprinters. Over the previous two Olympic Games, UP-Tuks's athletes won six medals (2 gold, 3 silver and 1 bronze). There have also been world champions, with more than 100 national Proteas annually.

It has become a regular thing for Tuks players to play for the Proteas and various national teams. UP-Tuks's sport teams have also been dominating Varsity Cup, Varsity Sport and USSA National student tournaments for more than ten years and there is a formula to this success. Sport and being active are two of the things Professor Tawana Kupe, Vice-Chancellor and Principal of the University of Pretoria, feels quite strongly about.

One of his visions is for Tuks to be the trailblazer not only in University sport but across Africa as a whole. However, it will never just be about winning. To him, sport is also a means to unify people; to get people to respect each other.

"Get active. It will change your life," is something Professor Kupe wants students to take to heart. "It is said that sport gives people the opportunity to develop not just intellectually, but also morally and physically."

Bestmed shares the Vice-Chancellor's vision; this is why they partnered with, and continue to collaborate with TuksSport and the University of Pretoria. Bestmed, as the fourth largest open medical scheme in South Africa, renewed their support for developing sport and a healthy lifestyle through their sponsorship of TuksSport for the 2021/2022 season.

The Bestmed TuksRace Marathon is one of the positive spinoffs of this relationship. Over the last ten years, it has grown to become one of Gauteng's premier races, earning the status of “one of the best-organised races” among the running community. The uncertain COVID-19 climate resulted in the race being halted in 2021 but with hope on the horizon, there are early-stage discussions about future marathons.

There is more to Bestmed's involvement in sport. The South African 400m-hurdles record holder and World Championships medallist, LJ van Zyl, is still grateful for their support when he competed.

"To compete at the highest level is costly because one's body takes knocks and is being pushed to the limit day in and day out. If it was not for Bestmed's support, I would not have been able to compete as long as I did. Their sponsorship enabled me to focus on what matters. That is to be faster."

TuksSport Director and Acting CEO of the High-Performance Centre, Steven Ball, spoke on the empowering relationship they have with Bestmed.

“Bestmed allows us to help more athletes with sports bursaries. In the long run, it is a significant benefit to South African sport, whilst making a supportive impact on young people’s lives and dreams. Bestmed’s sponsorship equips us to provide sports science and medical services support to our elite and student-athletes through an integrated high-performance offering. The sponsorship also means there is appropriate field-side medical support when TuksSport hosts internal student and external events.”

According to Professor Kupe, the University of Pretoria seeks to graduate well-rounded students by promoting sport as an integral element of intellectual, physical and mental well-being. This has become even more important since the COVID-19 pandemic. The strategic partnership and sponsorship of Bestmed allows TuksSport to edge closer towards becoming the global sporting powerhouse to be reckoned with. 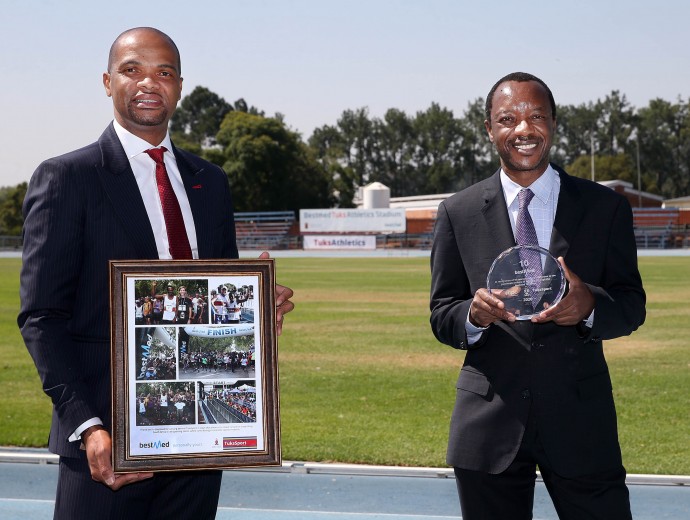