The South African 400m-hurdles champion Zeney van der Walt enjoys playing with her dogs, and from time to time to watch television but for her, the best is still hurdling at speed.

The last time the Tuks athlete raced competitively was more than eight months ago. It was during the World Championships in Doha. Needless to say, she can't wait to be back on the athletics track "flying" over the hurdles.

There is however a real chance that Van der Walt might not be racing internationally at all this season.

"No final decision has been made, but it might not be a bad idea to write the season off and instead focus on next year's Olympic Games. It serves no purpose for Zeney to race only for the sake of doing so," said her coach, Maritza Coetzee.

The Tuks athlete is counting the days to when she will be allowed back on the track doing what she loves most. Which is to hurdle.

"The 400m-hurdles is a unique race. You got to overcome ten sets of hurdles racing against the stopwatch. It boils down to being physically as well as mentally at your best. That one moment of lapsed concentration could be the difference between winning and losing."

According to Coetzee, the past 13 weeks had been put to good use.

"I got two physiotherapists to do a body map on Zeney to identify her strengths and weaknesses. One of the things they picked up on is a slight weakness with her feet when she runs. She has been doing a lot of strengthening exercises. The past weekend she did some hill work. I was surprised at strong Zeney was. She is to continue getting faster."

On being asked whether she thinks there is anything specific, she needs to focus on before the Tokyo Olympics Van der Walt replied saying there can never be any resting on one's laurels.

"You can always improve on something. Last year was the first time I competed at a senior world championship. It was a definite reality check. I got to realise, I need to be mentally tougher.

"In Doha, it seemed as if most of the athletes were stronger and faster than I am. Idealising, some also did not make things any easier. It led to me overthinking my race and getting stressed out. I got to work on being focussed only on my own race," said the former youth (under-18) and junior (under-20) world champion.

According to Van der Walt, she will relish the opportunity to compete in the 4x400m-relay as well during the Tokyo Olympics.

"To me, the relay is unique as it is one of the few opportunities in athletics where you get to compete as a team. During the 2017 Youth World Championships in Kenya I was part of the mixed relay team that won a bronze medal. It was truly a special moment. To help win that extra medal for South Africa is my way of thanking everyone for their support," said the Tuks athlete.

The one good thing that apparently came about from the lockdown is that Van der Walt got time to play more with the family's dogs. It helps her relax. She ended up being sort of a fitness instructor to one dog who needs to lose some weight. 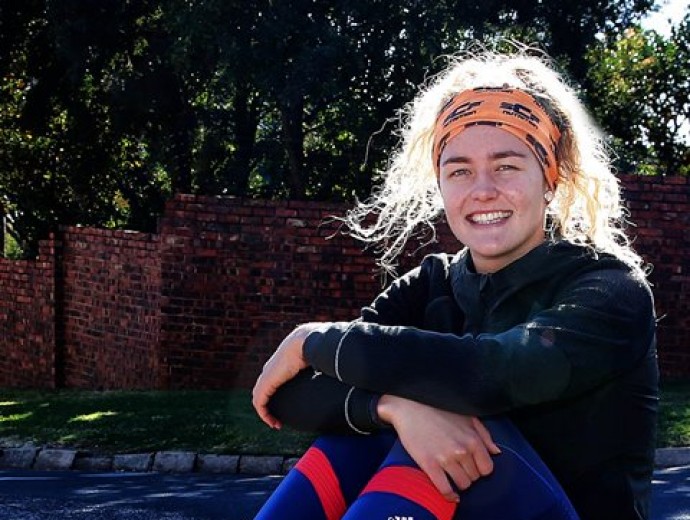