Giraffes, like so many species in Africa, are under threat. While scientifically inaccurate cultural beliefs exist which claim that lion bone, rhino horn and pangolin scales have health benefits for humans, certain cultures consider the giraffe's tail to be a status symbol. According to Leon Lamprecht, joint operations director for African Parks, men 'use the tail as a dowry to the bride's father if they want to ask for the hand of a bride.'

Sadly, the giraffe population has been steadily declining over the last few decades, but it is only recently that researchers noticed this and recognised the species as being under threat. Giraffes are now listed as a threatened species, according the International Union for the Conservation of Nature (IUCN), and it is said there are currently fewer giraffes than elephants in Africa. Threats to their survival include habitat loss, illegal hunting for bushmeat and trophy hunting. But thanks to research taking place at the University of Pretoria, there is a greater understanding of this species.

Any insight into these ruminants is useful in conservation efforts. Tanja Wolf is a PhD candidate in the Department of Anatomy and Physiology at the University's Faculty of Veterinary Science. In her PhD study, titled 'Impact of social and ethological variability on the endocrine pattern in free-ranging male giraffe (Giraffa camelopardalis)', Wolf sets out to better understand the stressors in male giraffes. The study combines behavioural observations with hormonal data to gain insight into the social networks, behaviour and reproduction tendencies of these fascinating animals.

Giraffes have a fission-fusion social structure, meaning that the size and composition of the group changes over time. Animals move throughout the environment, occasionally merging (fusion) into the group – for example, all will sleep in one place. At other times, the group will split (fission) into smaller groups – when foraging during the day, for instance. During times of fission, it is quite common to find all-male groups. Such groups often consist of younger males and old bulls, with the younger males learning from the older bulls where to find resources. They also use these periods to hone their fighting skills and establish their hierarchical rank. Adult bulls are often seen roaming in search of fertile females, says Wolf.

Wolf monitored a population of free-ranging giraffe in the Pongola Game Reserve in KwaZulu-Natal. Over the course of about a year, a total of 790 faecal samples were collected, which were analysed for faecal androgen (fAM) and glucocorticoid metabolite (fGCM) concentrations. Androgens are steroid hormones that stimulate and control the development and maintenance of male characteristics in vertebrates. Glucocorticoids are steroid hormones that produce an array of effects in response to stress. This part of the study was done at the Department's Endocrine Research Laboratory. Faeces is an easily collectable biomarker matrix that can be analysed to provide information about an animal's biological condition. It also gives insight into diseases and toxicities in the body. But most importantly for Wolf, faeces serves as a window into the mind of giraffes, giving an indication of their excitement and stress by recording levels of fAM and fGCM. Faecal analysis is a non-invasive method for studying the physiological response of wildlife to a variety of stressors, and is a ground-breaking monitoring technique in wildlife management and conservation.

Stress leads to an increased release of glucocorticoids, which, among other things, help the body to maintain a steady supply of blood sugar, which in turn facilitates the necessary energy to cope with a stressor, such as a flight response. Wolf notes that there are periods when there is an increase in these hormone levels, and also that levels of fGCM vary according to age.

Older bulls have higher levels of fGCM when sexually active than when they are in all-male groups. The younger bulls, by contrast, show the highest levels of fGCM when they are in all-male groups. This could possibly be linked to intra-sexual competition, as younger bulls still need to establish their position within the hierarchy.

The oldest and tallest bulls also showed significantly higher fAM levels than younger bulls, and older bulls had prolonged periods of increased fAM levels during the summer, a time when many females give birth and become fertile again. When these bulls are in all-male groups, their fAM levels are significantly lower than when associated with females. The younger bulls, however, did not display the same changes in fAM levels.

Thus, it would appear that the pressures of securing a mate and reproducing causes stress among male giraffes.

A giraffe's age can be estimated based on its height – the taller it is, the older it is. The thickness of the neck is also an indication of age, with the thicker necks belonging to older bulls. Older bulls also develop big bone structures on their forehead. Wolf relied on these physical signs to categorise males according to age during her field work.

The game industry is very big in South Africa and relocation of animals is a frequent occurrence. Unfortunately, it is often the case that little thought is put into which animals should be relocated. Giraffes have very strong relationships, just like elephants. Considering their conservation status, it is imperative that all areas of management understand the intricacies of giraffes' social structures. Wolf hopes that her study will give the game industry greater insight into these fascinating animals, highlighting the impact relocation can have on their stress, relationships, reproduction and survival as a species. 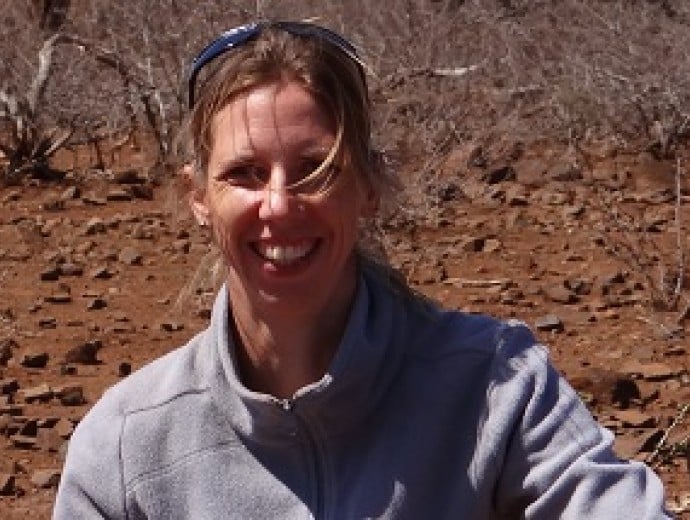