The future of wildlife in our hands

Poaching and wildlife trafficking are becoming all too common in news headlines. Africa’s wildlife are targeted for their horns, tusks, scales and bones – all to satisfy man’s greed. Poverty encourages locals to put themselves at risk doing the dirty work for the end buyer. Habitat loss through farming and development is also threatening wildlife today. In order for future generations to enjoy wildlife in its natural form, more needs to be done today to protect our natural systems. On 3 March 2016, the UN celebrates World Wildlife Day with the theme ‘The future of wildlife is in our hands’.

The Centre for Wildlife Management (CWM) at the University of Pretoria (UP) is actively involved in a range of research projects on wildlife species, populations, and habitat, with the ultimate goal of conserving Africa’s wildlife. The CWM strives to better understand why changes in wildlife populations are occurring. It focusses its research on a range of wildlife, from small mammals such as bats and rodents, to Africa’s iconic animals such as elephants and lions. Much of the Centre’s research is also aimed at better understanding wildlife–habitat interactions, vegetation and interactions between people and the environment. Along the way, it also makes breakthrough discoveries that reaffirm the importance of conserving wildlife and wild spaces.

Thousands of elephants are poached every year across Africa for their ivory. Elephants are incredibly intelligent, social animals, with a strong sense of empathy and self-awareness. When members of a herd are slaughtered, the remaining members of the herd suffer major trauma and disruption. This causes problems not only within the herd, but also on a wider ecological scale. The Centre’s Dr Yolanda Pretorius is regarded as one of the leading elephant researchers in South Africa and also serves on the Elephant Specialist Advisory Group of South Africa. Her research contributes towards a better understanding of these magnificent giants. Some of her recent studies have looked at rehabilitation and release of captive elephants back into the wild, elephants’ diets during seasonal changes and their mouth morphology.

Another factor negatively impacting wildlife population numbers is human–wildlife conflict. The CWM focusses much of its attention on addressing and mitigating this issue, particularly as it pertains to large carnivores, such as lions, in conservation and human-dominated areas. The Centre’s research confirms that the three main factors that influence the distribution and population viability of large carnivores are prey availability, interspecific competition, and conflict with humans. When protected areas lack sufficient food sources for lions – for reasons such as poor management, poaching and drought – these predators need to look elsewhere for food. This often results in human–wildlife conflict, with the lions moving into agricultural areas and preying on livestock.

Recently, the CWM was part of a six-year-long research project, following nine collared cheetahs to better understand their home ranges outside protected areas in South Africa. Results indicated that anthropogenic mortality is one of the major contributors towards deaths in free-ranging cheetahs and may outweigh deaths caused by potential competitors or lack of food and water resources. These high levels of persecution highlight the need for effective conflict mitigation projects outside protected areas. The study was able to provide new information to assist conservation practitioners in this regard.

Another research project with which the Centre was involved was a study that investigated the effects of 4X4 vehicles going off the trails in reserves and the impact this has on soil and plant life. The study found that the first time a standard 4X4 vehicle goes off road it causes soil damage up to one metre deep and up to one metre wide on either side of the tyre tracks, creating a trail about four metres wide of physically degraded soil. In comparison, game footpaths, which can be regarded as naturally compacted, are typically limited to about 20 cm deep and only as wide as the track itself. Soil compaction has major effects on the ecosystem, inhibiting the penetration of plant roots, which in turn restricts the diversity and vigour of plants. Recovery of soil after compaction from vehicles can take up to 1 000 years, depending on the climate and soil type.

Researchers from the CWM are also currently part of a collaborative study on a particularly interesting serval population, discovered while the team was conducting a biodiversity survey of the various ecosystems within the open areas around the Secunda Sasol Industrial site in Mpumalanga. The population is of a particularly high density, which the researchers suspect is due to the area comprising mostly wetlands and grasslands that seem to have an abundance of rodents and birds, favourites food sources for this spotted cat. The research team is currently involved in several research projects that have stemmed from this discovery.

This serval population shows that, under suitable conditions, wildlife is able to thrive, even in areas that have become industrialised. While the study holds far more promise, the initial phase highlights the importance of open, balanced ecosystems and their preservation.

The CWM’s Michael Somers says that the key drivers for the success of conservation activities are willingness of land-owners and managers to undertake drastic interventions, the support of government in these actions, and the economic benefit of turning land from pastoralism to conservation. Findings from the research undertaken at the CWM illustrate the value of adequately factoring wildlife into national economics, as well as active, intensive conservation management.

The CWM collaborates widely with local and international researchers from a variety of conservation-related fields, with the result that its research output is often multi-disciplinary. In 2016, there are 23 postgraduate students enrolled at the Centre, all of which share a common interest in making a positive contribution to protecting the environment. 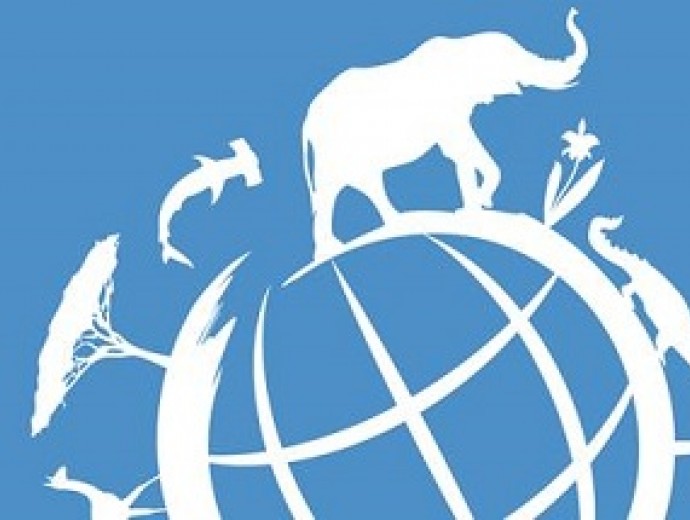