#TuksAikido is more than a sport or a martial art

Because of Aikido's unique nature it is often misunderstood because of the way it contradicts typical sport and the traditional fighting arts where the emphasis is on winning, being the champion, or where you overpower and force your opponent into submission.

Aikido can be translated as 'The way of Harmony'.  It is a modern Japanese martial art developed by Morihei Ueshiba as a synthesis of his martial studies, philosophy and religious beliefs. Ueshiba's goal was to create a chivalric way of controlling violence, restoring confidence and advocating peace.

Sensei Paul de Beer, Dojo-cho and instructor in charge of TuksAikido, however, said Aikido is not a competitive sport admitting that there are a lot of misconceptions about this sporting code.

"In Aikido, winning and losing become less essential. The focus is on principles and rational behaviour. It is integrated with traditional Budo and addresses moral values. It also offers a practical and balanced lifestyle.

"Strength is not matched with strength and force is subtly redirected utilizing extension and flowing circular movements. Since the techniques require flexibility, balance and timing, there is no need to oppose the power of the attack. We blend with the attack, take control and redirect it safely and effectively," explains De Beer who is a pioneer and founder member of the Aikido Federation of South Africa (AFSA).

De Beer is ranked 6th Dan by the Aikkai Foundation, Japan.  The University of Pretoria decorated him with honorary awards for Aikido in 1991, 2006, 2013 and again in 2017.  He is proficient in both Aikido and Karate and has more than 50 years' experience in the Japanese martial arts and continues to study and practice actively.

"It is a proven way of restoring and preserving a supple and healthy body and an excellent way of expending energy, to stimulate the heart and to tone the body.

"At TuksAikido, our primary goal will always be personal development. That is why, besides physical practice and conditioning, a lot of emphases is placed on respect, benevolence, loyalty and harmony as advocated by the traditions of Bushido and the laws of nature.

"As it involves a lifetime of study members who joined the Tuks club often would continue practising throughout their professional lives, some even into retirement.  For this reason, our membership is quite diverse. Although we are predominantly a University community of young students, our membership consists of men and women of different ages and, interestingly, also a wide range of foreign nationalities." 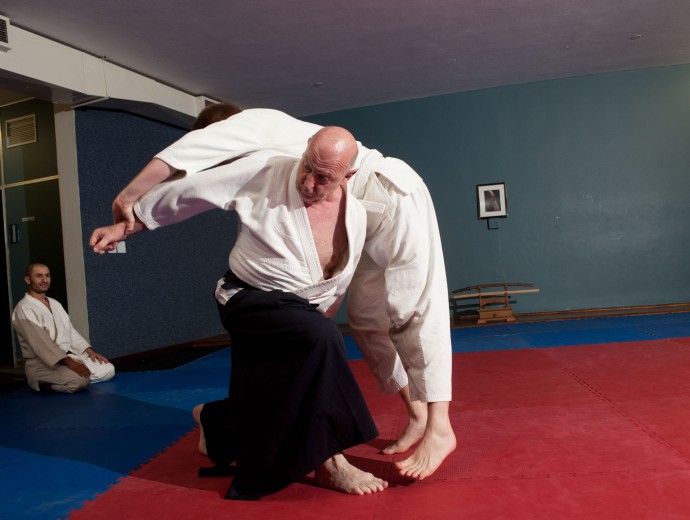