#TuksWrestling: Arno van Zijl isn't one to shy away from a challenge

Like a moth can't resist circling a burning candle, so can the 19-year-old, Arno van Zijl, of TuksWrestling, resist a real challenge. His aim is to compete at the Birmingham 2022 Commonwealth Games and World Junior Wrestling Championships in Bulgaria.

To him, it is not only about "ticking boxes". Every time he steps onto the mats, he wants results.

"I really want to win a gold medal at the Junior World Championships. No South African wrestler has been able to do so. I believe I can. Qualifying for the Commonwealth Games is also doable."

Van Zijl was confident last year of making South African wrestling history, but in the end, he did not compete at the World Juniors. What happened was beyond his control. To him, 2021 is the year he lost out big time.

For a 19-year-old to talk about competing at the Commonwealth Games might sound slightly arrogant, but the Tuks wrestler got an old head on young shoulders?

"I know the senior wrestlers are older, got more experience and might be physically somewhat more muscular, but I abide by a simple principle. By now, I know that every opponent has one head, two arms and two legs. So, it is a fair contest, even if your opponent might appear to be slightly bigger.

"Fights are being won or lost by one's mindset. If you doubt your abilities, you are going to lose. You got to go onto the mats believing that you can win," said the two time African Championships gold medallist.

"When I was young, there was a story being told about an archer that was so good that others were being intimidated. It was believed that when he took aim, the best they could do, was to compete for silver. Some even withdrew because they did not want to lose.

"To me, the moral of the story was that athletes had thrown in the towel without even trying. That is sad. You can't win if you don't try."

Putting in the long hard hours is also crucial to Van Zijl.

"My best quality as a wrestler is possibly my work-ethic. Fights can be won by the hours you spend training beforehand. Before last year's Junior World Championships and the Commonwealth Championships, I spend more than 16 hours a week on the mats. Apart from that, I trained at home.

"I feel the more demanding things are during training, the better prepared you are when you fight. Unfortunately, the Championships got cancelled, and I did not go to Worlds. I won't lie psychological; it did take its toll. So I took a break from training, now I am motivated again." 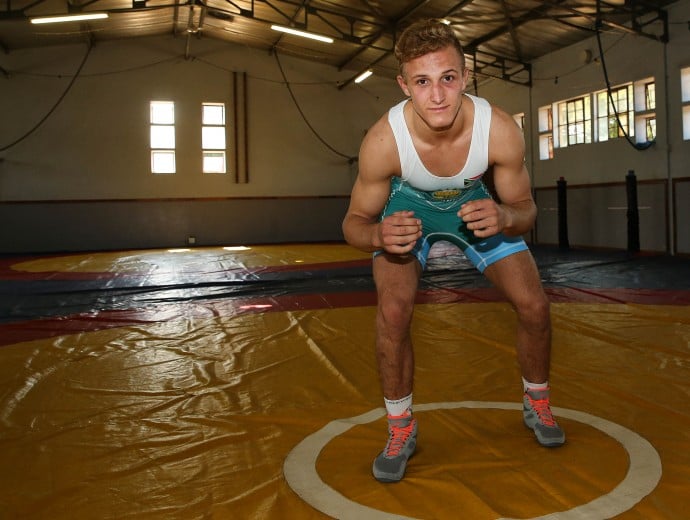