TuksWrestling proved with the appointment of Tanki Tau as its first black coach that it is never only about winning medals. The club's aim is to make a difference on and off the mats.
The 24-year old Tau was supposed to start coaching at Tuks earlier this year. Unfortunately, due to the Covid-19 pandemic, all sport in South Africa had come to an abrupt halt. It is not yet sure when the wrestlers will be allowed back on the mats to grapple with one another.
Not being able to coach placed Tau in a dilemma. He was in effect, jobless. TuksWrestling was, however, not going to abandon him in his hour of need.
"We identified Tau as one of South Africa's most talented wrestlers. That is why we recruited him. We believe he is good enough to compete at the 2022 Commonwealth Games. But there is more to Tanki. He is also a qualified coach. There is nothing he enjoys more than to get youngsters equally as excited about the sport he loves," said Renier Boshoff who is the chairman of TuksWrestling.
"It is, for this reason, the decision to help Tanki was a no brainer for us at TuksWrestling. When we heard about his problems, we immediately set about trying to secure a job for him. He is currently working at Rosslyn Pallets and Crates. His boss, Charlie Myburgh, has even offered to sponsor his accommodation."
Earlier this year during the Africa Senior Championships in Tunisia Tau won a bronze medal in the under-57kg category. He is also a double South African champion (freestyle as well as Greco Roman).
Tau had not planned on taking up wrestling. As a youngster at the Rethabile Children's Home in Klerksdorp, he dreamt about becoming a boxer, but everything changed when a friend suggested that he should come along to wrestling practice.
It was Jannie Taljaard (chairman of the Klerksdorp Wrestling Club) who convinced Tau that getting to pin an opponent is more exciting than to knock him down.
According to Tau Taljaard is to many youngsters like the "Mr Miyagi" a character in the Karate Kid movies.
"'Oom Jannie' is a mentor on and of the mats. Through his guidance, I got to appreciate the concept of 'wax on wax off'. He made me realise that success does not just happen. You got to put in the long hard hours if you want your dreams to become a reality."
What Taljaard admires about Tau is his sense of never giving up.
"Initially Tanki lost more bouts than he would win. He, however, never allowed himself to become discouraged. Losing actually motivated him.  It is that ability to persevere that in the end stood him to good stead. The more confidant he got in his own skills, the more he started to hate the idea of losing.
"What makes him a good wrestler is his ability to think on the mats. Often he would be behind on points after the first round, but he has the knack to work out what his opponent's weaknesses are. During the second round, he would capitalise on it. Tanki is also the 'forever gentleman'. He will try to never humiliate during a fight."
It is Taljaard who convinced Tau to take up coaching. He even helped him to attend two international coaching courses.
- Author Wilhelm de Swardt
Share this page
Published by Leonore Jordaan 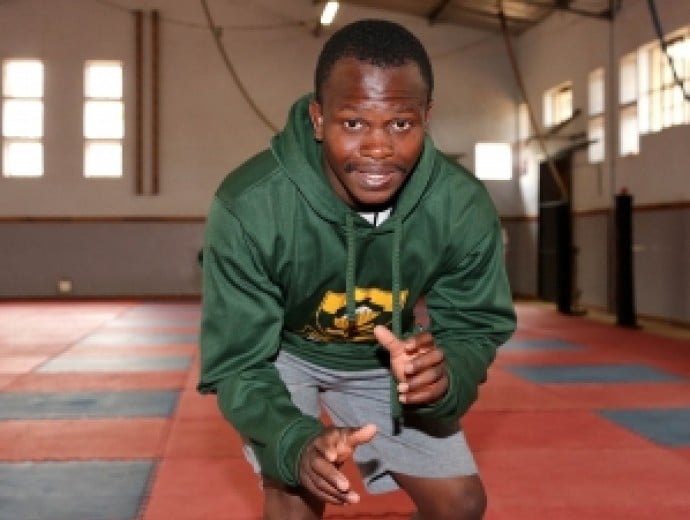