Tuks's wrestlers are starting to make a name for themselves in the USA.

Requir van der Merwe even earned the nickname "The South African Tornado" through his wrestling prowess at the Stanford University.

In a letter, Tyson Springer (head coach at Hastings College) stated he wouldn't mind if more South African wrestlers should consider coming to the USA.

It is the former African Junior champion, Edrich Nortje, who has been impressing him. The Tuks wrestler enrolled at Hastings College last year.

"We love having Edrich on our campus and our wrestling team. 'Eddie' is probably the hardest worker despite being only a Freshman. From the very first day, Edrich has been a 'workout machine'. If you have any more young men looking to wrestle in the USA, please reach out to me," is what Springer wrote.

Nortje decided last year to pursue his wrestling career in the USA because his goal is to represent South Africa at an Olympic Games.

"The reality is that wrestling in South Africa is a small sport. There are about five big tournaments in a year, and you mostly compete against the same guys all the time. Most of my opponents know what I am about when wrestling and I know their weaknesses.

"At Hastings College in Nebraska, I can compete nearly every week against different opponents. I am sure it will help me to become a more wily campaigner on the mats."

Van der Merwe started his wrestling career at Tuks is one the heroes at Stanford University. In 2018 as well as 2019 he won 75% of his fights.

"Requir van der Merwe, dubbed "The South African Tornado", caused an upset beating Khristian Olivas 9-6. It gave us reason to give thanks to his characteristic resilience. That is how the former Tuks wrestler's heroics were described last year in a The Stanford Daily article.

Both of them went on to represent South Africa at the Olympic Games. Labuschagne competed at the 1992 Barcelona Games and Barnes at the 2008 Beijing Games. Barnes went on to become an "All American".

Apparently, the Americans were so impressed by Barnes's wrestling heroics that they recommended to Sascoc that he should be selected to compete at the 2012 London Olympic Games. Unfortunately, it did not happen. 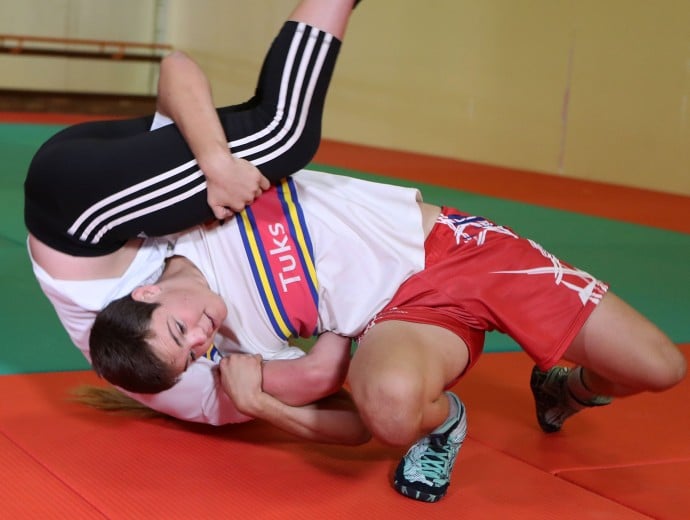