The Tuks wrestlers, Mika Lehmkuhl and Arno van Zijl's, courage and dogged perseverance led to both of them winning gold medals at the recent African Championships in Tunisia.
Lehmkuhl was victorious in the under-65kg Cadet-category (under-18) while Van Zijl prevailed in the under-71kg Cadet-category. Their success certainly did not just happen. They were truly made to work for it.
The first time Lehmkuhl competed at the African Championships he was second in his weight and age group category. Last year he won bronze as did Van Zijl.
It so nearly happened that Lehmkuhl quitted wrestling when he was a youngster. Apparently, his first coach was a hardcore Russian who truly believed in the principle of no pain no gain.
“It got to a stage where wrestling was not fun anymore. So I asked my dad whether I could quit wrestling. Luckily for me, he discouraged me from doing so. He told me that sometimes it is not bad to toughen up as I will reap the benefits later on. It turned out he was right.”
The challenge of outwitting a rival on the mats is something the Tuks wrestler relishes.
“To be competitive one needs to strategise every second of every fight. I tend to think about three grips I can use to pin my opponent all the time. If I am being countered on my first move, I should immediately be able to attack with another.”
Van Zijl started out wrestling when he was three years old. According to him, he took to the sport as a fish does to water.
“I had no idea what wrestling is about. However, the first time I ran out onto the mats I knew this is what I wanted to do.”
- Author Wilhelm de Swardt
Share this page
Published by Leonore Jordaan 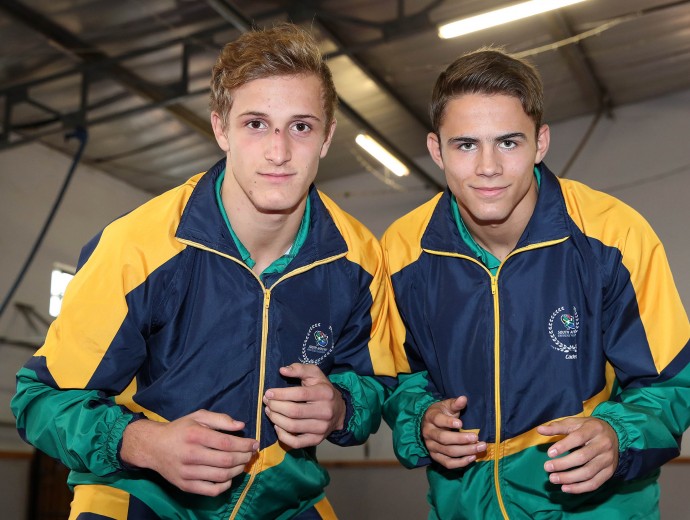