#TuksWrestling: UP-Tuks wrestler wants to learn from the best in the USA

UP-Tuks’s junior African wrestling champion, Edrich Nortje, is going to study and train in the USA later this year with the aim of just maybe qualifying for next year’s Olympic Games in Tokyo.

The 18-year old who matriculated last year knows he is in for a tough challenge, but he would have it no other way. He believes success and sacrifices go hand in hand.

“The reality is that wrestling in South Africa is a small sport. There are about five big tournaments in a year, and you mostly compete against the same guys all the time. Most of my opponents know what I am about when wrestling and I know their weaknesses.

“At Hastings College in Nebraska where I am going to be based there is an opportunity to compete nearly every week against different opponents. I am sure it will help me to become a more wily campaigner on the mats," explains the UP-Tuks wrestler.

Heinrich Barnes who represented South Africa at the 2008 Olympic Games in Beijing also studied and trained at Hastings College.

Nortje has got extra incentive to become a true champion. Through wrestling, he became close friends with Kleinjan Combrinck who finished fifth at last year’s Gold Coast Commonwealth Games. Unfortunately, shortly afterwards he died in a car accident.

“Kleinjan was not only a friend but a mentor to me also. We had so much in common. It is really tragic that he died at such a young age because I think he had the makings of becoming a champion. I will never forget him. From now on every time I compete, I will be doing so to honour his memory.”

Nortje’s first goal for the season is to win another gold medal at the African Championships which will take place in March in Tunisia. However, he might have a big decision to make after the South African trials in February.

The UP-Tuks wrestler has moved up one weight category. He is now competing in the under-65kg category. During the trials in Middelburg, he will compete as a junior as well as a senior. If he wins both competitions, he might have a dilemma as at the African Championships you are either a senior or junior wrestler.

“I first want to see what happens before I make any final decisions. I might possibly decide to compete as a junior. During South African tournaments I regularly place in the top three when fighting as a senior however the reality is that I get outwitted at crucial times. I need to gain some more experience to become more competitive.

When not wrestling or studying Nortje will be found at the family farm outside Dundee helping his dad.

“I love everything about farming. There is nothing more rewarding than dirtying your hands doing the hard work,” said Nortje who when only 15 years old and weighing 50kg was photographed carrying an 80kg sheep across his shoulders. 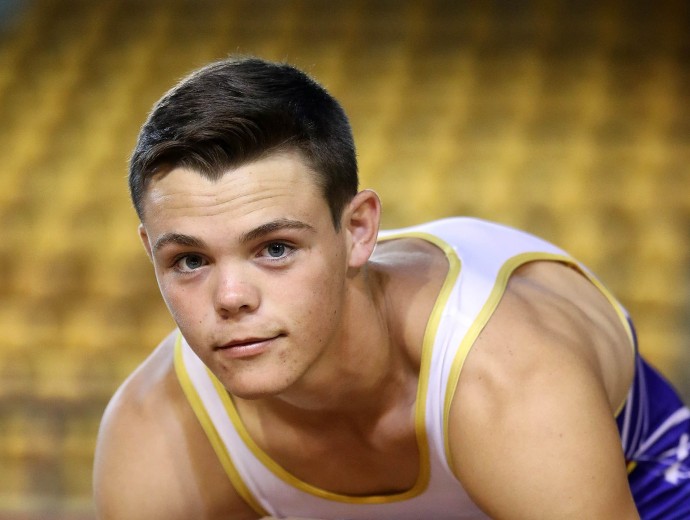