#TuksWrestling: Nortje keeps on raking in gold medals on the wrestling mats

Edrich Nortje (Tuks) is starting to become a regular fixture on wrestling podiums all over Africa.
The past weekend he won two gold medals (freestyle and Greco-Roman) at the Gauteng North Presidents Tournament, but more impressive was his performance at the African Continental Junior Championships in Port Harcourt in Nigeria. He won a gold medal in the under-61kg category. It is the second consecutive year that Nortje is a gold medallist at the Continental Championships.
The Tuks wrestler had his work cut out in Port Harcourt. He got off to a bad start losing in his first fight to Algeria’s Kouceila Anis Sadouki. The score was 10-2.
“I honestly can say that I got worked over by the Algerian, but in a way it was a good thing as it got me truly psyched up, realising that only my best was going to be good enough if I want to qualify for the final.”
Without meaning to Sofiane El Khamer (Morocco) did Nortje a favour when he beat Sadouki as it meant anyone still had a chance to qualify for the final.
Nortje was near his best when he took to the mat to wrestle El Khamer not holding back anything. In one perfect executed move he managed to throw the Moroccan wrestler with such force that he needed medical attention which led to him quitting.
The Tuks wrestler was as clinical ruthless in his semi-final fight against Mohamed Abdelwahab Abouelmagd  Salam (Egypt) winning by 20 points to 9. That set Nortje up with a revenge fight against the Algerian in the final.
“The fight did not start out well for me. Sadouki quickly got hold of my legs to scored four points. I immediately got my own back also scoring four points. The deciding moment was when I managed to throw and pin him. I think the fight lasted just about 60 seconds.”
The African Championships will be Nortje’s only international competition.
“Unfortunately the Junior World Championships is the same time as when I will be writing my matric record exams. It is equally important for me to excel in my studies that are why I decided to scale down somewhat on competing.”
Nortje was not the only wrestler to medal at the African Championships.
In the Junior Category (under-20): Jaco le Roux won a bronze medal.
In the Cadet Category (under-15): Rubin Janse van Vuuren won a gold medal while Leon Myburg, Arno van Zijl and Hein Killian all were bronze medallists.
Seniors (above 20): Dylan Marais won a silver medal.
**At the past weekend’s Gauteng North Presidents Tournament the Tuks wrestlers won a total of 26 medals (14 gold, seven silver and five bronze).
Gold medallists: Hayden Liebenberg,  Armand van Zijl, Stephan Ehlers (Freestyle and Greco-Roman). Kirwan Boshoff, Leon Myburg (Freestyle and Greco-Roman); Edrich Nortje (Freestyle and Greco-Roman), Arno van Zijl, Heinie Killian (Freestyle and Greco-Roman), Kian du Toit and Neil du Toit.
Silver medallists: Wian Nolte, Juan Groenewald, Owen Mcmenamin, Neil du Toit, Rubin Janse van Vuuren (Freestyle and Grec-Roman) and Stjohn Vallance.
Bronze medallists: Jordan Liebenberg, Barry Liebenberg, Stjohn Vallance, Andries Coetzer, Kristian Kappetijn.
- Author Wilhelm de Swardt
Share this page
Published by Leonore Jordaan 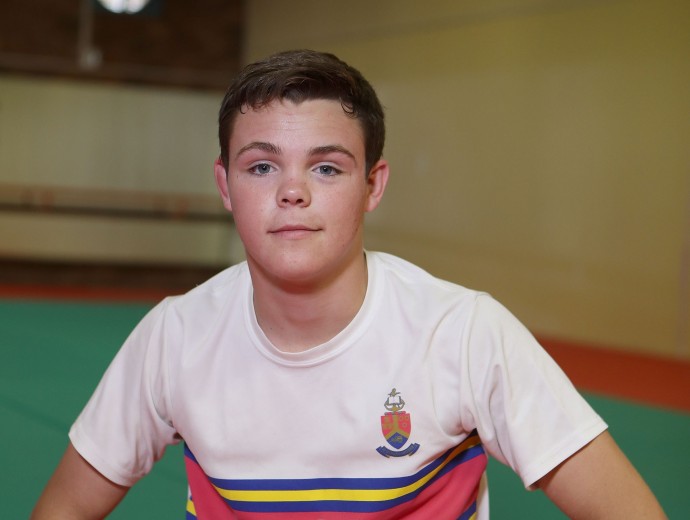