#TuksWrestling: Stans in for a tough challenge to qualify for the Commonwealth Games

Leanco Stans's quest to qualify for next year's Commonwealth Games in Australia starts in earnest next month when she competes at the Commonwealth Wrestling Championships at Carnival City.
The 20-year-old UP-Tuks wrestler admits that she is in for a tough challenge as quite a few Olympians will be competing. One of the top contenders in her under-66kg weight category is going to be New Zealand's Tayla Ford who won a bronze medal at the 2014 Commonwealth Games and represented her country at last year's Olympic Games.
Stans is not sure, but she expects that she might have to grapple with one or two of Austalia and Nigeria's Olympic wrestlers as well if she wants to qualify for the final.
She is far from being fazed by the prospect of having to wrestle against some of the world's best. Stans is, in fact, looking forward to it. Her confidence sprouts from getting a bursary from the United World Wrestling to train for six months at the Olympic Training Centre in Kuortane, Finland.
According to Stans, the idea behind the bursaries is to improve the standard of women's wrestling in Commonwealth Countries.
"To train in Finland for six months with some of the world's best wrestlers and coaches has been a life-changing experience. I think in South Africa there are just more than ten female wrestlers. During the training camp on given day, there were more than ten female wrestlers on the mat, and everybody wanted to be the best."
Stans said they trained ten times a week, doing three power and stamina sessions. The rest of the time they were on the mat where the coaches helped them to hone their technical skills.
Ford was also at the training camp. The UP-Tuks wrestler describes the New Zealander as a real "tiger" on the mat.
"One of the valuable lessons I have learned in Finland is not to be stressed out about a rival's reputation. It is a case of stepping onto the mat and give it a 100%," said Stans who represented South Africa in 2014 at the Youth Olympic Games in Nanjing, China.
Earlier this year at the African Junior Championships in Marrakech, Morocco she won a bronze medal in the freestyle category, improving one position on her fourth place in 2016. She has represented South Africa at every African Championships since 2013.
Stans who grew up in Bethal started wrestling after watching her brother enjoying himself as a wrestler.
"It was a case of deciding that I am not going to miss out on the fun. Anyway, I am of the opinion that women are capable of doing anything better than men. I never regretted my decision to start wrestling."
As a way to help her improve her wrestling skills Stans also took up Brazilian Jiu-Jitsu. It promotes the concept that a smaller, weaker person can successfully defend against a bigger, stronger assailant by using proper technique.
Stans admits that her female friends have not yet taken to the idea of women wrestling.
"They are missing out big time. Wrestling is not just an excellent way to defend yourself; it teaches you a lot about discipline. I can honestly say I grew as a person through my participation in wrestling."
The Commonwealth Wrestling Championships are being held from 14-17 December at the Carnival City Big Top Arena in Brakpan. Wrestlers from Canada, England, Wales, Australia, New Zealand and Nigeria will be competing.
- Author Wilhelm de Swardt
Share this page
Published by Leonore Jordaan 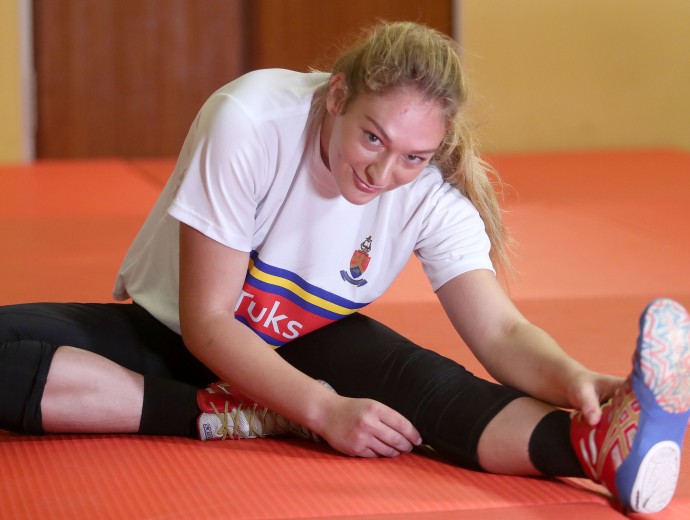