On the 20th of June, TuksWrestling celebrated their 10th anniversary with approximately 360 wrestlers, their coaches, parents and other wrestling supporters. The annual TuksChallenge was held in the excellent Rembrandt Hall, at the UP Sports Campus .More than 30 clubs across the country, as far as KZN, attended the event.

It was early in the morning when the 6 mats came alive with little wrestlers who gave it their all, competing against various opponents. Each one was rewarded with a gift pack and a brand new medal. After the opening ceremony it was the older wrestlers’ turn.

The highlight of the tournament was definitely the spectacular match between Bennie Labuschagne and Heinrich Barnes (both from TuksWrestling). Everybody enjoyed watching the incredible skills exhibited by our 2 Olympian wrestlers. A first in the history of South Africa. In the end it was the much younger Heinrich Barnes that received the gold.

We were very pleased to welcome some of our top wrestlers. After their successful Africa championships in Egypt, who used this tournament as a platform to prepare for the upcoming SA – and World Championships.

The competition was of high standard and gave the wrestlers much needed match time and competition experience. There is always excellent wrestling to watch as the TuksChallenge is the biggest club tournament. 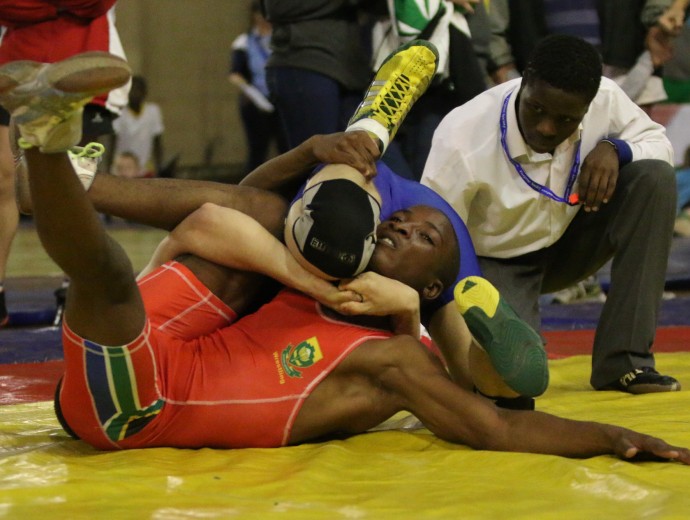