On 28 September, we will be celebrating World Rabies Day. Rabies is caused by a Lyssavirus transmitted through saliva or nervous system tissues contact an infected mammal through broken skin or contact with mucosal membranes. Globally, every nine minutes, a person dies of rabies, and 99% of human cases are caused by exposure to rabid dogs. “Zero by 30”, endorsed by the World Health Organization (WHO), the World Organisation for Animal Health (OIE), the Food and Agriculture Organization of the United Nations (FAO) and the Global Alliance for Rabies Control (GARC), is the global strategic plan to eliminate dog-mediated human rabies deaths by 2030.

Dog-mediated human rabies is 100% preventable and can be achieved through creating rabies awareness, adequate vaccination coverage of dog populations (70% coverage) and access to affordable post-exposure prophylaxis for people. Within southern Africa the majority of rabies cases are caused by rabies virus. There are two rabies virus biotypes (strains): The canid-biotype, which cycles in carnivores of the family Canidae (dogs, jackals and bat-eared foxes) and the mongoose-biotype, which cycles in carnivores of the family Herpestidae (mainly the yellow mongoose and slender mongoose). Rabies related lyssaviruses occur in bats, but cases are extremely rare.

After the rabies virus enters another mammal (through wounds or mucous membranes), it travels via the peripheral nervous system to the central nervous system causing encephalitis, which showcases as neurological symptoms. Once clinical signs are present, there is no cure for the disease in animals or humans, and the disease is fatal. Clinical signs in infected animals typically include abnormal behaviour or changes in behaviour (e.g. wild animals lose their fear of humans, domestic animals can become aggressive or calm), salivation (drooling or foam at the mouth), incoordination, paralysis, inability to swallow or drink water, hydrophobia, vocalisation, “bone-in-throat” syndrome, etc.

It has been proven that the most cost-effective way to eliminate dog-mediated human rabies is to control and eliminate the disease in the dog population through mass vaccination campaigns. Rabies has been endemic in the canine population in some parts of South Africa for decades, despite the necessary tools and knowledge to eliminate the disease in the domestic dog population are readily available. Post-exposure treatment of humans exposed to canine rabies is far more expensive than the cost of preventing rabies in dogs. In 2014, the Rabies Advisory Group of South Africa estimated the annual expenditure by the government on human post-exposure prophylaxis to be approximately US $ 7 million (R 102 200 000). In line with the “Zero by 2030” global initiative, South Africa has also reiterated their commitment to achieving this goal with developed a “National Strategy for the Elimination of Canine Mediated Human Rabies in South Africa (2019-2030)”. The effective implementation relies on a One Health collaborative approach between all relevant stakeholder sectors. If this strategy can be effectively and sustainably implemented, dog-mediated human rabies cases may well be a thing of the past. You can do your part by vaccinating your pets and educate your communities to do the same.

Useful awareness resources are available at: 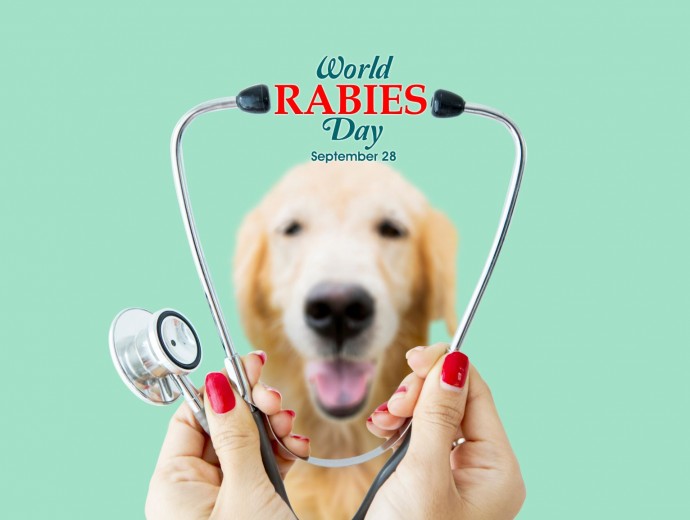