The University of Pretoria Chorale was established in 1998. The choir was named “Tuks Afrika Sings” at that time, established to create African music and culture on campus and to celebrate the diversity of individuals. Song and dance was and still is the best way to promote the different racial groups of South Africa and Africa at large. Currently the choir is under the care and innovative guidance of conductor Mbuso Ndlovu, a profound performer and musician who has taken great pride in transforming the choir's image into one that reflects the spirit of Ubuntu, the choir aims to deliver performing arts of the highest artistic standard and hopes to revive lost culture in society.

The repertoire consists of a full indigenous programme characteristic of the Eleven Official Languages of South Africa as well as other African Languages. This programme includes narration, dance, song and praise poetry. The choir also does extensively; Western Choral, fusion of Jazz and Folk song, African Choral, gumboot dance, poetry and drama. It is through this colourful and highly energetic repertoire that every age and race group will appreciate the gifts engraved in Africans through song and dance.

16 May 2009 UP Musion,
University of Pretoria Main Campus 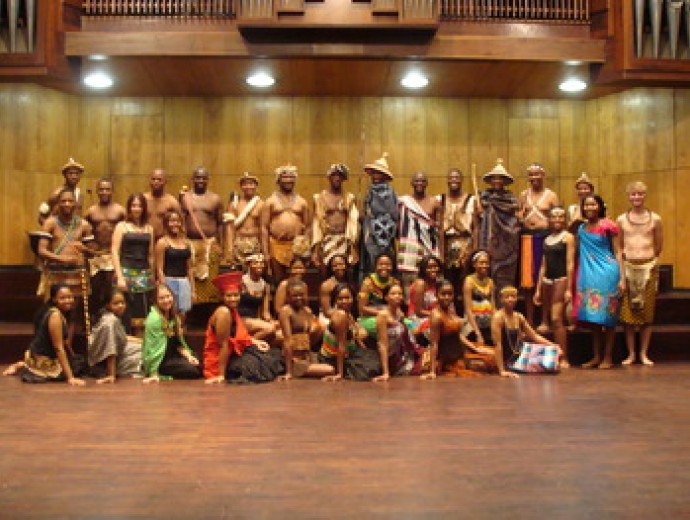