Evans Maripa arguably has one of the best forehands in international wheelchair tennis.

The Tuks based player’s biggest regret last year was never getting an opportunity to hit the "sweet spot" seeing an opponent play and miss. 2020 was monotonous. It felt like all he did was go to the gym and then go and hit balls on the tennis court - day in and day out.

That is not why Maripa took up the sport. He considers himself a professional. Playing tennis, winning games is how he pays his bills. He has also set his sights on representing South Africa at the upcoming 2020 Paralympic Games in Tokyo. It means he needs to improve his international ranking slightly. Currently, he is ranked 34th in the world.

Despite everything he has achieved, Maripa discloses that he suffered a mental breakdown towards the end of 2020 due to the COVID-19 pandemic lockdown.

"I could not take all the uncertainty anymore. The last time, I played competitively was November 2019. No one had answers as to when we will be able to resume playing. To add to my stress, my family could not understand why I remained at the University of Pretoria High-Performance Centre if I am not playing tournaments. The reality was that I could not just pack up and leave. I needed to continue training to be ready when we got the "green light" to play.

"I am grateful to my trainer, Kirsty Elliott, as she realised that I am in a 'bad place'. She arranged for me to see one of the Sports, Exercise Medicine and Lifestyle Institute (SEMLI)'s psychologists. It saved me. I got to vent all my anger and frustration and talk about my uncertainties. In the end, I got a new perspective on everything," said Maripa, who has competed at the 2012 London and 2016 Rio Games.

He is still unsure when he will get to play again, but there are indications that it could be in April in Korea. He admits that he might be slightly nervous when he "wheels" onto the court again. 15 months not playing is a long time. He is, however, confident of quickly finding the form that led to him winning tournaments in Bangkok and Thailand in 2019.

Maripa can't help but gets excited when he talks about the forehand. He considers it as the best weapon in his tennis arsenal. That sound the ball makes when it hits the racquet's sweet spot to speed away at more than 100kmph to frustrate an opponent is what gets his adrenaline pumping time and again.

"Massive" is how Maripa describes his forehand. Then he laughs before adding that it is only going to get better.

The Tuks based player was born with a congenital birth defect and had both legs amputated below the knees. 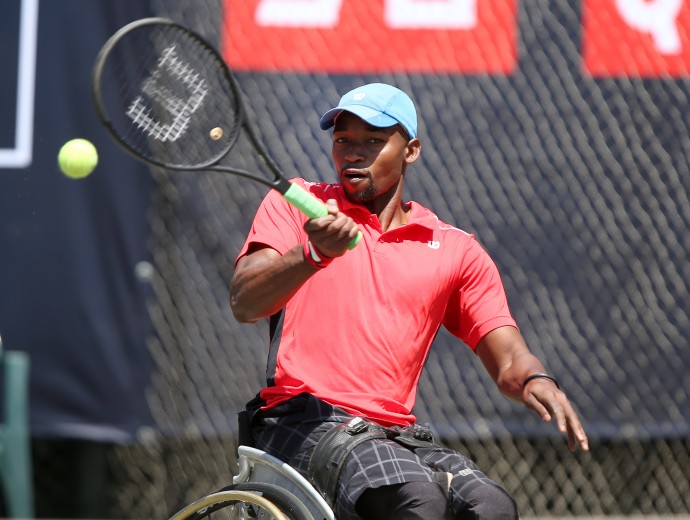