The 19-year old Alwande Sikhosana is a firm believer that wasting energy on a tennis court is a sin.

When the Tuks based wheelchair tennis player is in action, he wants to get things done as quick as possible. To him, it boils down, to going for a big serve. This aggressive approach is paying dividends. As a junior player, he ranked as the second-best in the world.

But now a new chapter has started. Sikhosana has turned "Pro". Experienced players should take note he is not going to play to lose. If he has his way, he will be in action during next year's Tokyo Paralympic Games.

From a statistical perspective, it might seem as if the youngster is slightly ambitious. He is currently ranked 117th in the world. It means he has to improve his ranking by nearly 80 positions. To Sikhosana it is doable. In 2017 he was ranked 51st.

"I only need to get the opportunity to start playing then my ranking will improve," the Tuks based player said.

He has reason to be confident. Before the Covid-19 pandemic, he was part of the South African men's wheelchair tennis team that has secured their spot in the 2020 BNP Paribas World Team Cup finals. It proved he could hold his own against older and more experienced players.

"My strength is definitely my serve. When I find my rhythm, I can put my opponent immediately under pressure. It opens the court, making it easy to win points. I don't want to 'run' around on the court if I don't have to."

Sikhosana admits that at first, he found the lockdown tough going.

"I never thought there would come a time when I would only be able to train at home. It was challenging to come up with new ideas to keep fit and improve. In the end, it was all worth it. Physically I feel much stronger.

"I also believe that I am mentally tougher. I had time to think about ways I can improve and how I should go about it."

"For me, personally, it is great news. The greatest benefit is having a proper support team. I am now being assisted by some of the best sports scientists and coaches. Being based at Tuks also means my logistical worries will come to an end. Tuks is basically a one-stop facility as everything I need is within 'walking distance'," an elated Sikhosana said.

Music or to be more specific sound is the young player's passion. Last year he did a diploma in audio sound engineering. He dreams of getting involved in the production of television and radio advertisements being responsible for the sound effects. 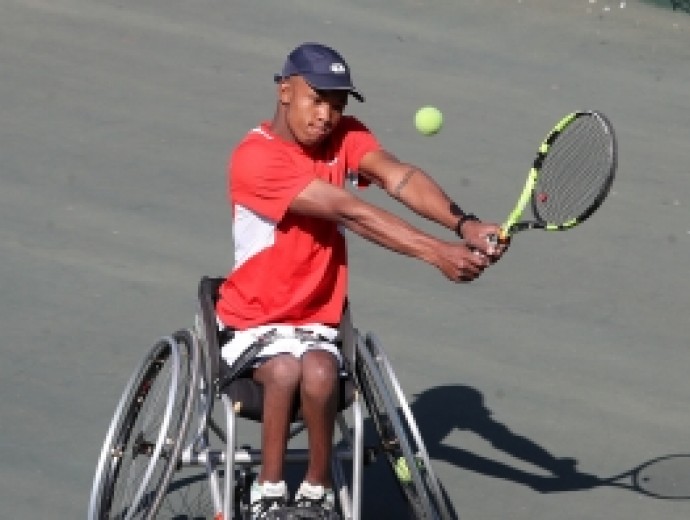