South Africa's wheelchair tennis players seem to have fine-tuned the art of winning international tournaments.
Donald Ramphadi, Evans Maripa and Mariska Venter bagged six titles in the last 12 days. They are part of the recently announced Tennis South Africa (TSA) and TuksSport high-performance programme.
The man of the moment is undoubtedly Ramphadi who completed a hat trick of international tournament victories yesterday when he won the Thailand Open. He has beaten Japan's Mitsuteru Moroishi in the quad-final. The score was 6-3 and 6-4.
Last week he eased past the third seed Maximillian Laudan (Germany) during the Pattaya Open-final in Thailand. He also won the Bangkok Cup Tournament beating the Japanese top seed Mika Ishikawa in the quad-final.
Wednesday's victory means that Ramphadi is now unbeaten in his last 12 international encounters.  More importantly, is that the Tuks based player's global ranking improved by three positions. He is ranked 31st.
Ramphadi considers his speed in the wheelchair and his services as his most significant assets as a player.
"I definitely still need to work on my serve as at times it tends to be quite erratic."
Maripa was also victorious on Wednesday beating China's Zhenxu Ji 6-0 7-5 in the men's singles final of the Thailand Open. During the Bangkok Open-final, he edged out the third seed Sang-Ho Oh from Korea in straight sets 6-1 6-3.
Over the weekend Venter won the BNP Paribas International Tournament in France. In the final, she has beaten Spain's Lola Ochoa 3-6, 6-3 and 6-2.
An elated Venter described her performance in the final as one of her best.
"I really had to dig deep to win. Being able to win after losing the first set was a huge confidence booster."
Venter will be competing in the Open Paratennis du Loiret Tournament in France from today.
Wheelchair tennis is, without a doubt, a real passion for her.
"The moment I get onto the court, I feel like an athlete, I feel free from the limitation set upon me. Tennis saved me. It taught me that my wheelchair is not the reason for my limits, but my mind is. I don't believe in limits. If anyone ever tells me I can't do it, I work hard to prove them wrong,” explains the Tuks based player.
Kgothatso Montjane who is also part of the TSA and TuksSport high-performance programme will be competing in the NEC Wheelchair Singles Masters as well as the UNIQLO Wheelchair Doubles Masters Tournament.
Both tournaments will be played from 19-26 November in Orlando, Florida.
- Author Wilhelm de Swardt
Share this page
Published by Leonore Jordaan 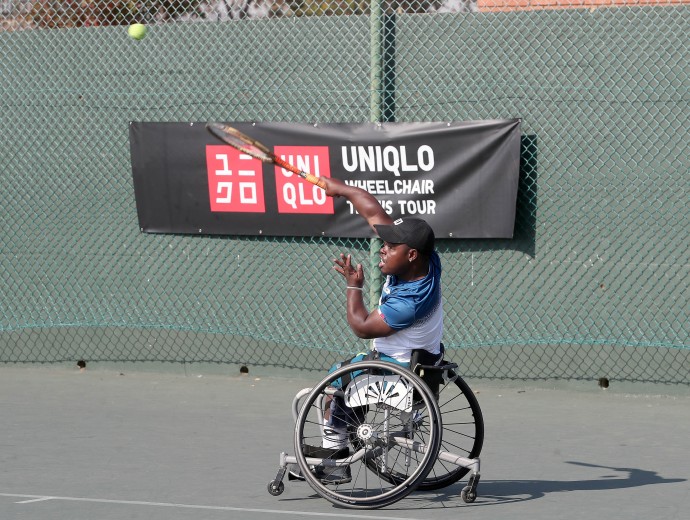