That excites the Tuks duo as they are selected to represent South Africa at the ITF Beach Tennis World Team Championships in Moscow Russia (1-7 July). If everything goes according to plan, they are also hoping to play a tournament in Kazan, Russia, as part of their preparation.

"The only way we can improve is to compete against international players. Earlier this year I competed in four tournaments in Brazil. It was a great learning experience as I got to play against some of the world's best players. The standard of play is undoubtedly more intense to what we are used to in South Africa," explained Jeske.

She and Yelverton both used to be avid tennis players at first, but they got hooked to playing beach tennis the moment they changed racquets.

"To pick up the paddle and play beach tennis is very easy if you come from a tennis background or any other ball sport. The adaption comes in when you start having to win matches, which is only possible with good tactical skills as well as confidence in the more beach tennis related shots like the "windmill," said Jeske.

According to Yelverton the height of the net is a decisive factor at first.

"To be competitive in beach tennis, you need to be consistent. You cannot expect to win all of your points quickly. You have to be able to think more and play longer rally's on the beach tennis court. You also have to be in sync with your partner. Communication is key to the success of the game," explained Yelverton.

According to her, beach tennis in South Africa is undoubtedly a growing sport. The numbers of players competing at the national tournament more than doubled from last year. 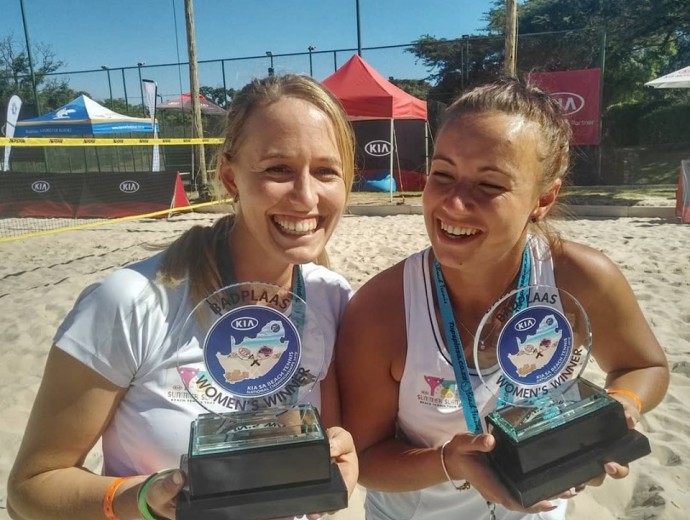