The TuksTennis team achieved a significant breakthrough over the past weekend when they won the Sun City South African Universities Tennis Tournament.
Nobody is really sure when last any Tuks team has managed to do so. Amy Olivier (captain) reckons more than ten years could have gone by without Tuks once winning. It might even be that the last time they contested the final could be as far back as six years. Last year Tuks got beaten by Pukke in the semi-finals.
This success can best be summarised by - “if at first, you don't succeed, try and try again”.
Sun City is not the only tournament where Tuks tended to get unstuck when it mattered most.  Over the last two, they were twice runners-up during the USSA Tournament.
However last year’s USSA-final loss seemed to have been the catalyst that made the players and coaches decide enough is enough. The continual losing streak has got to end.
“The biggest difference from past years is that all of us were totally committed to giving a 100% during training. Our coaches, Blaize Isungu and Jeanna Schmidt, shared the same dream. That is to take TuksTennis to a whole new level in terms of training and match play,” explained Olivier.
“Our training sessions were much more structured and professional. A definite advantage we had was having experienced players in our ranks who knew what the Sun City Tournament was about.
“There was also a strong determination and hunger to be the best which equated to ‘Big Match Temperament’.  Everyone showed incredible fight and character on the court like never before.
“Playing that final tie against Kovsies who have been dominating university tennis the past several years was an unbelievable experience. It came down to the mixed doubles as we were 2-2 after the men’s and women’s doubles. The final game was very close and high pressure, but we were determined to win Sun City this time around. When we did, it was quite emotional.”
Henco Doman who partnered Olivier in that critical final mixed doubles game said the format of the tournament meant everyone had to make a mental change right from the start.
“We did not play standard sets. The first to win seven games won the match which meant you had to be at your best from the very first points played as it is near impossible to stage a comeback once you are behind.
“Tactically you also had to be astute as you are allowed to change players during a match, but every player is only allowed to play two matches during any encounter. During last year’s semi-final against Pukke, we got it wrong and ended up losing. This time we did manage to beat Pukke in the semi-final because we made sure our players the games that best suited them best.”
Tuks next challenge is now to win the USSA Tournament at the end of the year as well.
- Author Wilhelm de Swardt
Share this page
Published by Leonore Jordaan 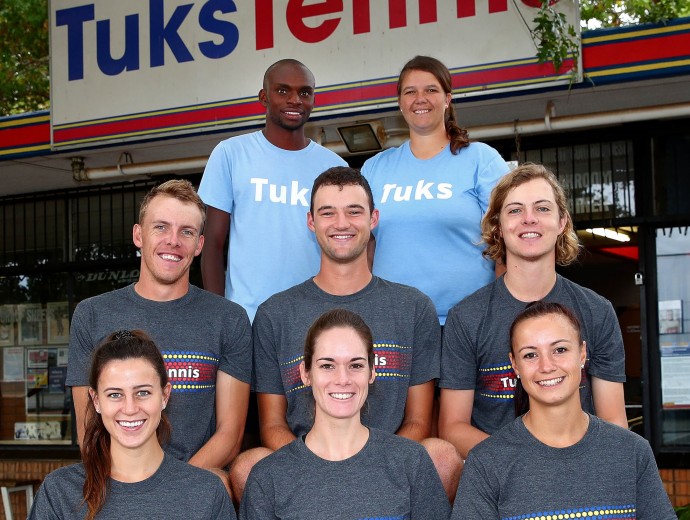