#TuksTennis: It is third time lucky for Pelser in Tuks tennis final

It turned out to be third time lucky for Reinhard Pelser on Saturday when he won eventually got to win the men’s singles final during the TuksTennis Student Tournament.

The only thing that was certain before the men’s final commenced was that a Reinhard will definitely end up being victorious as Pelser opponent in the final was Reynard Steenkamp.

Sharing sort of the same name counted for absolutely nothing on the court. The final turned out to be ding dong battle with both players taking a set. However, Pelser was like slow poison outlasting Steenkamp in the end.

He had a good reason for never giving up. It is the third time that he was contesting the final. On the previous two occasions, he was the one who lost out. Saturday was the last opportunity he had to claim the title as being Tuks’s best men’s player. Pelser admits to it being rewarding to at long last being able to win.

Amy Olivier continued her dominance in the women’s singles winning the title for the fourth time in succession. On Saturday she beat Kyla Yelverton 6-3 and 6-3.

Olivier praised Yelverton for the way she never relented making the champion work for every point.

“I can honestly say there was never a time that I could rest on my laurels.”

Oliver who is a fourth-year medical student is hesitant making bold predictions about going on to win the Tuks title for two more years.

“My main goal for the season remains to see if I can represent South Africa at the World Student Games in Italy. It is going to be tough as they are only going to select two women’s players. At the moment there are four women’s players in the national squad.”

For the last two years, Tuks impressed qualifying to contest the USSA-final, unfortunately losing on both occasions.

Pelser is quietly confident that 2019 might just turn out to be the year in which Tuks prevails.

“The Student Championships proved that we got some exciting new players from which we can choose our team especially amongst the men.”

Tuks will also be contesting the Varsity Tournament at Sun City in April. Being the ever optimist Pelser is also confident of the team giving a good account of themselves. 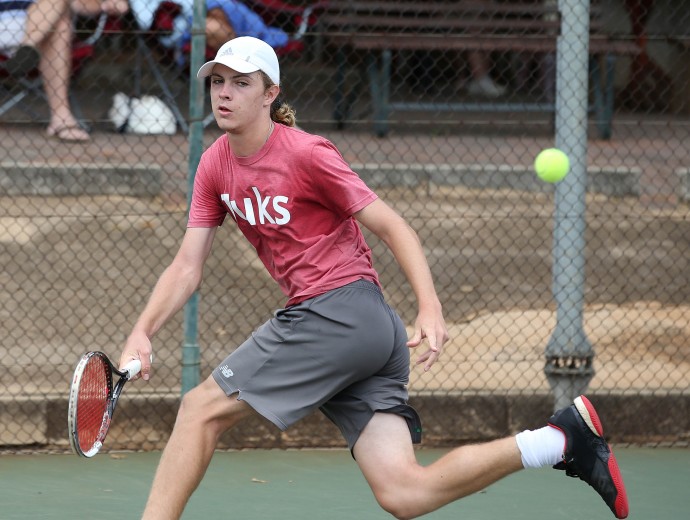