If there was a prize for dedication and determination at TuksSport the tennis team will certainly be a contender.

In the lead up to the Universities Sports South Africa (USSA) tournament last week few would have tipped the team to be a contender for the tennis title, but then again no sports race or game has ever been won on paper or by pure speculation.

The TuksTennis team surprised everybody by qualifying for the final. It was the first time in 12 years that they managed to do so. At last year’s tournament, they only managed to finish fourth.

The final turned out to be a tightly contested affair with the defending champions, Kovsies, prevailing in the end by seven games to six.

Andre de Beer (team coach) ascribed his team’s success to hard work and pure passion.
“I can honestly say that each of the players stepped onto the court playing for “The Stripe”.  We wanted to make Tuks proud.

“We did things slightly different this year and trained more. In the last few weeks, we trained in the morning as well.  We also focussed a lot on making sure the players are fit.” 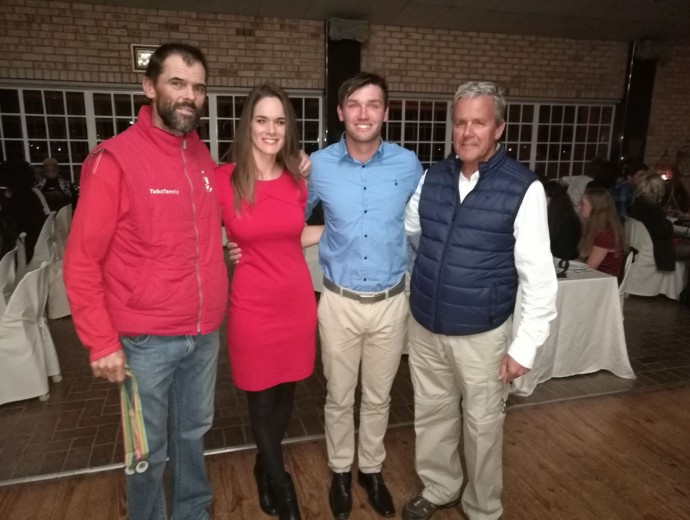