Every Sunday from the 8th of May to the 12th of June, The TuksTennis Men's First Team participated in the Gauteng North Division B Men’s League.

All the players knew that their participation as an individual was utterly important for the team to win, so they gave nothing but their best. As the league continued, the men’s team hadn’t lost a match and begun to realise that they could win the league and move up to the first division in Gauteng North, which is something Tuks has not done for almost ten years. The men fought hard to win every weekend, and as it drew closer to the end of the league, winning for them became a must.

On the last day of the league against Lynnwood Glen, the Tuks men needed the win to secure the league title. After the singles, the men were up 4.2, which meant they needed one more win to guarantee they're winning the league. After the round of the doubles, the Tuks men won two of the doubles and lost the third doubles in the third set. It was a great celebration as the men had pulled it together and won as a team.

Every weekend, the TuksTennis Men's First Team wore their stripe with pride. With the guidance of their captain Lionel, there was a continuous commitment and will to uphold the Tuks name high. The men never gave up and always supported one another when one of them was down! The men’s team triumphed as a team and will now be moving up into the A division. 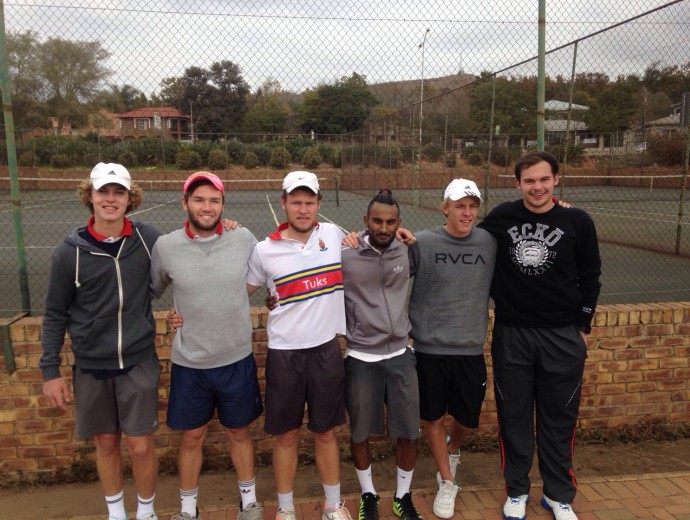