TuksTennis produced the ladies and men’s winners for the invitational tournament played at Groenkloof Tennis Club in Pretoria on the 14th and 15th of September 2013.

TuksTennis player Nikhil Joshi came back from 3-0 down in the first set only to win his first match against Dylan Walters (6-3 6-1). He played a grueling second match against Frans Ledwaba,that went into a third set, but after about 3 and a half hours pulled it through(6-2 4-6 6-4) to face Reinhardt Trollip in the finals.

TuksTennis players proved again that they are busy ruling the South African circuit. 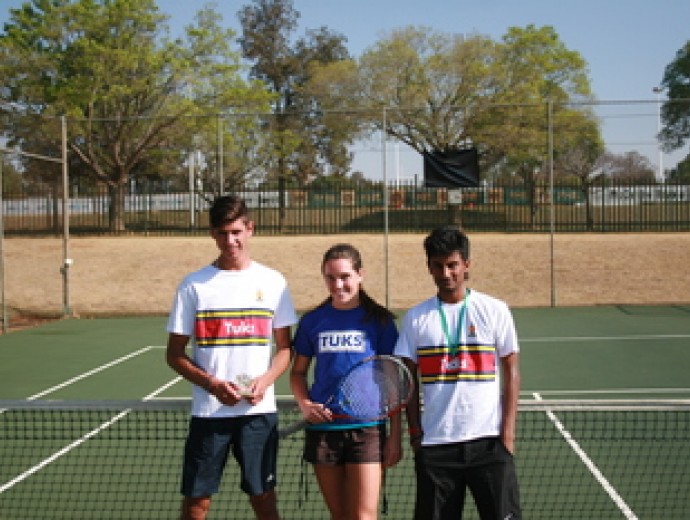