Seventeen TuksTennis Players went to a windy Bloemfontein for the Junior Nationals and Key Health tour from the 20th till the 30th of September.

TuksTennis player (1)Reinhardt Trollip and his doubles partner Jason Pieters were defeated by Okkie Kellerman and Kris Van Wyk (6-3 7-6) in the doubles quarter finals. Reinhardt was defeated in the singles semi finals by Marlu Janses Van Vuuren (6-3 6-4). He placed third in the tournament.

TuksTennis player Nikhil Joshi and his partner Frans Ledwaba were defeated in the doubles quarter finals by (1) Anru Fourie and Trent Botha (6-4 6-3).

TuksTennis player (3) Shannon Cox was defeated in the singles quarter finals by Minette Van Vreeden (6-3 7-5). Shannon (right)and her doubles partner Corlia Fischer (left) won the doubles title for the woman. They defeated Robyn Bulmer and Tracey Bulmer (6-2 7-5) in the finals.

We had a great time and gained a lot of experience. 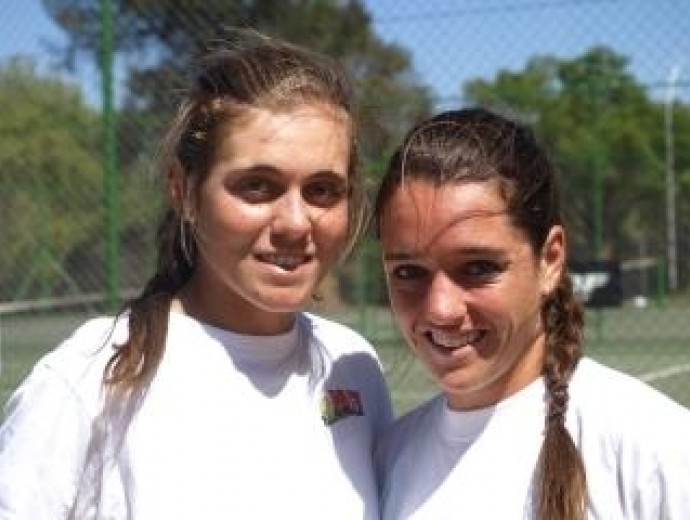