On 29 April 2018, Professor Steve Cornelius, Sports Law expert and Head of the Department of Private Law in the Faculty of Law of the University of Pretoria, resigned from the International Association of Athletics Federations (IAAF) Disciplinary Tribunal in protest against the hyperandrogenism-rule that could result in female athletes being banned from international participation unless they undergo testosterone-reducing treatment. ”According to the IAAF, androgen-sensitive athletes such as Caster Semenya have to lower their testosterone levels to meet the criteria for ‘female athletes’”.

Hyperandrogenism is defined as a medical condition characterised by excessive levels of androgens ("male" sex hormones like testosterone) in the female body.

In his resignation letter to the President of the IAAF, Lord Seb Coe, Professor Cornelius writes that “Sadly, I cannot in good conscience continue to associate myself with an organisation which insists on ostracising certain individuals, all of them female, for no reason other than being what they were born to be.  The adoption of the new eligibility regulations for female classification is based on the same kind of ideology that has led to some of the worst injustices and atrocities in the history of our planet.”  He also indicated that the anachronistic approach of the IAAF in the 21st century was in stark contrast with the IAAF’s promises of reform.

Professor Cornelius’ resignation follows on an announcement from the IAAF last week that it intends to ban women with naturally high levels of testosterone from international participation in specific events, such as the 800 and 1 500 metres – events that South African Caster Semenya thrives and performs in.  In a peer-reviewed article published in the British Journal of Sports Medicine, Drs Stéphane Bermon and Pierre-Yves Garnier found female athletes with high testosterone had the greatest advantage in the pole vault and hammer throw*, however these events were not included in the newly created "restricted events" category.  Instead, the IAAF decided to focus on the track events such as the 400, 400 hurdles, 800 and 1 500 metres as far as enforcing lowered testosterone levels is concerned. This study was revealed to be scientifically flawed in an editorial of the British Journal of Sports Science. During a television interview with eNCA, Professor Cornelius praised Caster Semenya for being such an amazing athlete and person for dealing with this matter in such a dignified way.  He also referred to the unfair treatment of athlete Dutee Chand, who was dropped from the 2014 Commonwealth Games contingent at the last minute after the Athletic Federation of India stated that hyperandrogenism made her ineligible to compete as a female athlete.

According to Times Live, the South African “Parliament strongly believes that the IAAF’s latest regulation to prescribe a maximum of five-Nano moles of testosterone per litre of blood and a hormonal treatment of women athletes with higher measurements, particularly in categories where Caster Semenya has reigned as champion for nearly a decade, are blatant efforts to eliminate her.”

Professor Cornelius says that he “felt morally obligated to resign as he believes an injustice has been perpetrated against certain female athletes, in the past and in the present, and that he was not prepared to serve in an organisation that was planning to create more perpetrations in the future.”  As illustration of his stance, Professor Cornelius referred to the recent case of US basketball player, David Simon, who used to play professional basketball in the South Korean League. Simon was told that he could no longer play basketball in South Korea because he is too tall! A new rules which was introduced by the South Korean Basketball Federation stipulates that no foreign players taller than 2 metre may participate in that league. “Once we go down this route of differentiating on natural attributes, we are on a slippery slope that can only end in absurdity”, said Prof Cornelius.

Semenya is expected to prove a point on the track at 18:13 (CAT) on the evening of 4 May as she will line up in the 1 500m at the IAAF Diamond League opener in Doha, Qatar. The race will be broadcast live on SuperSport 7’s channel 207. However, the IAAF ruling, unless overturned, will come into effect on 1 November 2018.  Thus Semenya will have to start taking the female sex hormone, estrogen, to reduce her testosterone levels, or hang up her international track spikes.  -  Editor 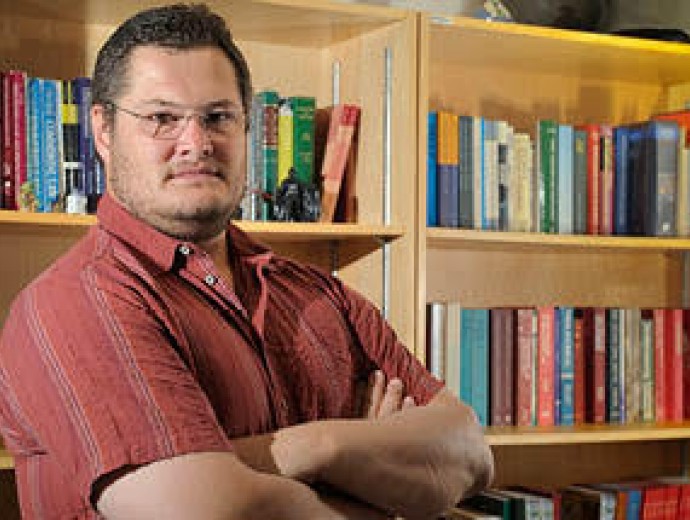 Professor Steve Cornelius, Sports Law expert and Head of the Department of Private Law in the Faculty of Law