UP EXPERT OPINION: SA can boast of three decades of peacemaking on the continent

Professor Adekeye Adebajo, Centre for the Advancement of Scholarship senior research fellow, provides and overview of South Africa's peacemaking endeavours in African countries over the past 30 years.

The celebration of Africa Day last week offers an opportunity to assess three decades of SA’s peacemaking contributions to the continent.

Founding president Nelson Mandela famously noted in a speech to the UN General Assembly in 1995: “We come from Africa and SA ... to thank the UN for challenging, with us, a system that defined fellow humans as lesser beings ... The youth ... are ... bound to wonder why it should be that poverty still pervades the greater part of the globe; that wars continue to rage; and that many in positions of power and privilege pursue cold-hearted philosophies which terrifyingly proclaim: I am not your brother’s keeper.”

Madiba led peacemaking efforts in Burundi and Lesotho, but was unsuccessful in mediating the Zairean crisis in 1997, and was diplomatically isolated by a bruising political battle with Nigeria’s autocratic Gen Sani Abacha in 1995.

Thabo Mbeki pursued an “African agenda” to stabilise the continent, deploying 3 000 peacekeepers to Burundi and the Democratic Republic of the Congo under SA’s dynamic Gen Derrick Mgwebi, thus transforming the country from being Africa’s most destabilising power to its most energetic peacemaker.

Mbeki developed an innate understanding of Mandela’s concept that “every African is his brother’s keeper”. He also served as the mediator in Ivory Coast from 2004 to 2006. Out of power, Mbeki helped negotiate a government of national unity in Zimbabwe in 2009, and from 2012 mediated between Sudan and South Sudan on behalf of the AU.

Under Mbeki SA also served on the UN Security Council in 2007-2008, pushing for the reform of the anachronistic Security Council to expand membership to include countries such as SA, Nigeria, Brazil, India, Germany and Japan. However, the AU’s quixotic 2005 Ezulwini Consensus calling for three new veto-wielding African permanent seats to augment the continent’s three rotating seats, effectively stalled the process.

From 2009 Jacob Zuma continued to stress “the African agenda”, demonstrating more continuity than change in SA’s foreign policy. But whereas Mbeki sought leadership at the continental AU level, which he was sometimes unable to translate into leverage at the Southern African level, in securing strong subregional support through Angola, Zuma gave SA greater influence at the continental level. This was revealed by Nkosazana Dlamini-Zuma’s controversial appointment, driven by the Southern African Development Community (SADC), as AU Commission chair in 2012.

SA again served on the UN Security Council in 2011/2012, stirring controversy over its voting record on Libya and Ivory Coast. A botched intervention in the Central African Republic (CAR) in 2013 saw 13 SA soldiers killed, resulting in a humiliating withdrawal of its contingent from the country.

Under Cyril Ramaphosa SA again served on the UN Security Council in 2019-2020. As AU chair in 2020 the president identified the Congo, CAR and Libya as priorities for “silencing the guns”. SA was particularly active on Sudan, South Sudan, Congo, Burundi and Western Sahara, often aligning with China, Russia and African allies in challenging the US, Britain, and France.

Elsewhere, 3 000 SADC soldiers from SA, Botswana, Lesotho, Angola and Zambia – along with Rwanda – were deployed in Mozambique’s mineral-rich Cabo Delgado province from July 2021 in a bid to stem a four-year insurgency.

We return to the words of Mandela at the UN in 1995, condemning powerful countries for often adopting a heartless indifference to the idea of a common humanity, and thus lacking what the Nobel laureate termed ubuntu: the gift of discovering our shared humanity.

Prof Adekeye Adebajo is professor and senior research fellow at the University of Pretoria’s Centre for the Advancement of Scholarship.

This article first appeared in Business Day on 30 May 2022. 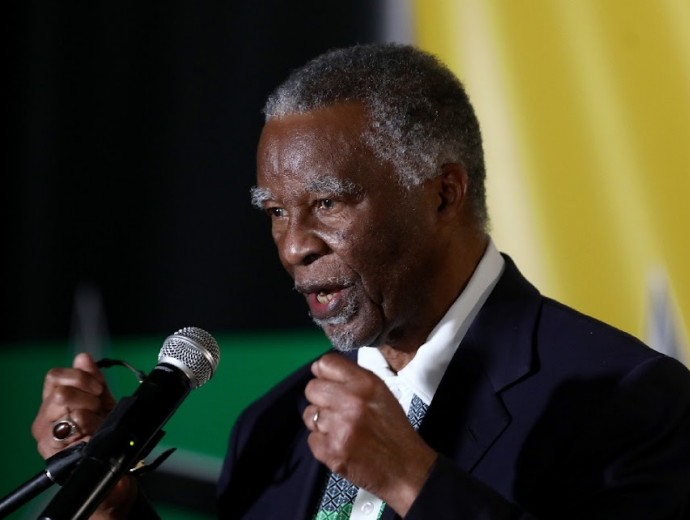