World Refugee Day is hosted annually on 20 June. Under the theme ‘Together we heal, learn and shine’, this year’s event aims to create awareness of the challenges faced by refugees globally.

Refugees are individuals who are forced to flee their countries out of fear of conflict, war or persecution. Refugees differ from migrants, who leave their countries in search of better livelihoods. It is estimated that there are currently 79.5 million refugees globally, of which 40% are children under the age of 18. An astonishing 68% of all refugees originate from only five countries, namely Syria, Venezuela, Afghanistan, South Sudan and Myanmar.

Currently the number of refugees in the Southern African Development Community (SADC) is  increasing as a result of the escalating ISIL-affiliated insurgence in the Cabo Delgado Province of Mozambique, which is a SADC member state. Horrific reports are being received of increased violence in the province, such as the beheading of young children while their mothers are forced to watch. So far 2 000 lives have been lost.

With approximately 700 000 internally displaced persons, expected to reach one million by June, the number of individuals seeking refuge in neighbouring Tanzania is increasing. Unfortunately reports suggest that approximately 1 500 Mozambican refugees were denied entry into Tanzania and were sent back to the border. The United Nations expressed concern over Tanzania’s treatment of refugees and requested neighbouring countries to assist by offering them refuge.

Though South Africa may seem—at least geographically—to be the obvious choice for refugees from the rest of Africa, history has shown that the country is not able to guarantee their safety. Violent xenophobic attacks against non-South African nationals are commonplace across the country and have escalated to such an extent that, towards the end of 2019, refugees had to set up camp outside UNHRC offices in Cape Town and Pretoria to safeguard themselves and their children.

What options are left for refugees who flee violence to seek a better life, but continue to encounter acts of violence against them throughout their journey? In Greece, for example, refugees have faced extreme acts of violence and abuse by the security forces who are supposed to protect them. This happens across the globe, and also in South Africa, as refugees become scapegoats for the dominant issues in host countries.

Unfortunately people often tend to forget that refugees are not mere statistics or burdens, but are human beings. In order to empathise with them, we need to realise that it is our shared global duty—as per the UN declaration of Human Rights and the Global Compact on Refugees—to acknowledge the extreme difficulties refugees endure and to assist them to the best of our ability.

The reality of a refugee’s life is unimaginable—those who most people deem to have been ‘lucky’ enough to find shelter at a refugee camp, will likely have to raise their families there and will never be able to return to their home countries. The global community increasingly tends to forget that refugees are humans, people who used to be teachers, doctors, mechanics, film makers, etc. One needs only look at the emerging crisis in the SADC region to see the lack of empathy towards people who have experienced more violence than anyone should ever be exposed to. They have nowhere to go, no access to basic human rights, such as health care and education, and no neighbouring country willing to show compassion.

On this World Refugee Day we should re-evaluate the increase in the ‘walls’ erected by many countries to keep out refugees. Education on this topic is essential to generate empathy for the difficulties experienced by refugees. More importantly, countries need assist those that are willing to accommodate refugees fighting for their survival by offering support and solutions. 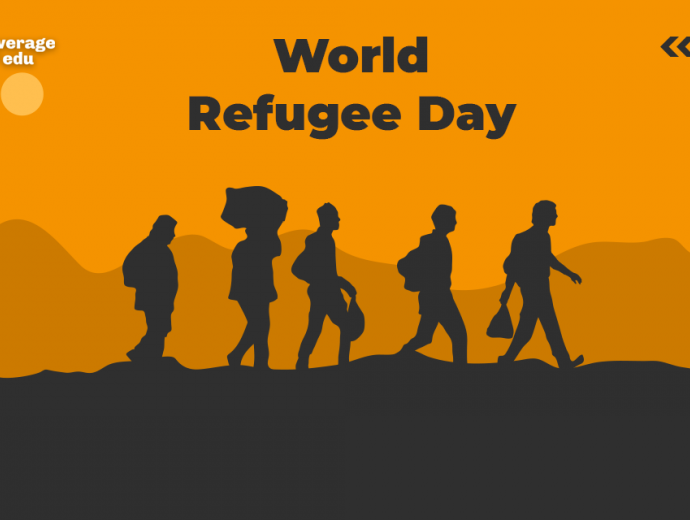