International Workers’ Day, also known as Labour Day or May Day, is a celebration of the courage shown by the working class when they united in objecting to poor working conditions. This day is celebrated on different days in different countries, but generally falls on the first day of May. The importance of this day, which commemorates the achievements of the labour movement and celebrates the working class, is reflected in the fact that it has been declared a public holiday in more than 80 countries worldwide.

The history of International Workers’ Day dates back to the 1800s, when workers demanded a shorter work day and the recognition of the significance of the working class. In October 1884, the Federation of Organized Trades and Labor Unions in both the United States of America and Canada formulated labour laws that sought to address the exploitation of the working class. One of the regulations, which still remains in force, was that as from 1 May 1886 a legal day’s work would be no more than eight hours. The Federation urged workers’ organisations to abide by this and its other resolutions. Since then, 1 May has been celebrated annually as International Workers’ Day or Labour Day.

The specific history of International Workers’ Day varies from country to country. Trade unions and workers faced varying obstacles in their plight to ensure favourable working conditions and to be recognised as major contributors to the economy. In South Africa, the fight for improved working conditions for labourers intensified during the apartheid era and success was ultimately achieved through the determination and commitment of the unions and workers to improve the unsatisfactory conditions to which workers were exposed.

International Workers’ Day serves as a reminder of the important contributions made to all societies by the working class and celebrates the union leaders who were committed to, and inspired others to fight for their right to improved working conditions. Although the aspiration for good working conditions has not yet been universally realised, as is evident from the many cases of child labour and unfavourable working conditions reported on all over the world, this day does remain a celebration of the strides made over the years. It reminds us to work tirelessly towards a world in which workers are treated fairly and their significance is acknowledged throughout the year. Moreover, it is a reminder of the arduous efforts of workers who work to support and improve the lives of their families, and contribute effectively to the workforce and the economy.

The COVID-19 pandemic continues to highlight the importance of workers in society. The contribution of essential and frontline workers during the height of the pandemic has clearly shown the commitment of workers all over the world to serving their communities and emphasises the continued need for favourable working environments and the fair treatment of workers.

In an effort to limit the transmission of the COVID-19 virus between workers during the pandemic, radical changes have been made with regard to how people work, with many working from home. At the University of Pretoria, for example, students and employees have had to adjust to changed circumstances and teaching and learning, as well as some administrative functions, now take place in virtual spaces. What remains unchanged is the University’s commitment to convenient and safe working conditions for its workers. In the midst of crisis, the University upholds the spirit of Workers’ Day by continuing to put its students and employees first.

International Workers’ Day is a special reminder of the valuable contribution made by the working class. May we continue to acknowledge their contributions on Workers’ Day and every other day. 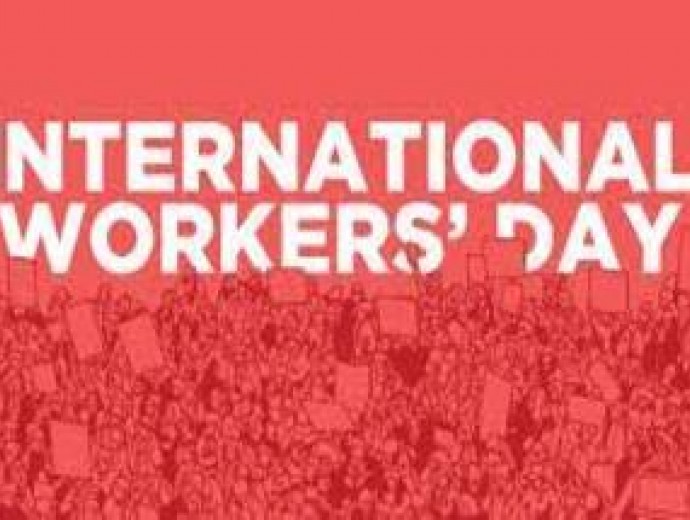