University of Pretoria (UP) astrophysicist, Professor Roger Deane is a part of a consortium of scientists that has won the prestigious 2020 Breakthrough Prize for Fundamental Physics, for giving the world the first image of a black hole in April this year.

The Event Horizon Telescope (EHT), which comprises more than 200 scientists from around the world, has been awarded a handsome prize of US$3m by the Breakthrough Prize Foundation. Now in its eighth year, the Breakthrough Prize, known as the “Oscars of Science,” annually recognises achievements in the Life Sciences, Fundamental Physics and Mathematics, disciplines that ask the biggest questions and seek the deepest explanations. EHT Director, Shep Doeleman will attend the awards ceremony that will be hosted in the NASA Hangar 1 in Mountain View, California in November.

Prof Deane’s research group worked to develop simulations of the complex, Earth-sized telescope used to make the historic discovery of a black hole. These simulations attempt to mimic and better understand the data coming from the real instrument, which is made up of antennas across the globe. A modest Prof Deane said “It continues to be a great honour to be part of this incredible team. The award is deeply humbling, not only because of the world-renowned previous laureates but also because of the continued global interest in and appreciation of the EHT results released in April this year.”

At age 36, and a more recent member of the team, he said he has learned much from working with an international team of scientists “filled with the broad range of expertise required to achieve its ambitious goals. It includes some of the smartest, hard-working PhD students I’ve encountered, right through to the experienced leadership of the project, some of whom have dedicated most of their scientific careers to the results being acknowledged by the Breakthrough Prize.”

Now that the team has produced the first image of a black hole, it cannot rest on its laurels – there is much work to be done: it is working on several challenging next steps that require significant technical and scientific expertise. These include the observations of the black hole at the centre of the Milky Way, which is about 1000 times closer than the black hole in the M87 image presented in April. “However, it is also 1000 times less massive – (‘only’ 4 million times the mass of the Sun), so this means the emission coming from its vicinity can vary on much shorter timescales –  minutes instead of months,” explained Prof Deane.

This is tantamount to attempting to take a group photograph of several young children. “They would likely all move around very quickly and not stay in focus, unlike if you politely asked several adults to stand still – they would be perfectly in focus.”

The team is also working on polarimetry. “We’re attempting to map any preferred orientations of the light coming from the immediate vicinity of supermassive black holes, which should reveal a great deal about the magnetic field structure around them and how this impacts how they feed on the surrounding hot gas.”

For Prof Deane, these next steps require significant advances in the simulations of the EHT observations that are being produced at UP, and require an increase in the size of his team. “We now have several graduate students working on EHT-related projects. We have also been working on simulating the expansion of the array, including African stations, which is laid out in a paper recently submitted to a scientific journal.”

He said that world-leading science is often achieved by those who understand their instruments and analysis algorithms best. His goal in building the Astrophysics Group at UP is to develop young researchers who are primarily driven by science but have a deep understanding of the instruments, techniques, and algorithms required to best achieve new scientific insights. “I also encourage my group to seek out new scientific opportunities enabled by a new algorithm or technique. This strategy will yield great return in South Africa in my view, where we host some of the best telescopes in the world, including MeerKAT, the precursor to the Square Kilometre Array. I also see this as essential given that we have moved into an era of data-intensive astronomy, where efficient processing with novel approaches has become vital in extracting competitive scientific results.”

UP’s investment in the Inter-university Institute for Data-Intensive Astronomy (IDIA) has been a key component in the build up towards a world-class radio astronomy research group. Prof Deane is also working with UP’s Department of Computer Science’s Computational Intelligence Research Group to strengthen existing links between the groups, and to capitalise on the opportunities for synergy between astrophysics and artificial intelligence.

Flagship projects with high impact and visibility like the Event Horizon Telescope have two important spinoffs, according to Prof Deane. They push the team of scientists involved to produce their absolute best work to reach those ambitious goals. Projects like these capture the imagination of the public and young students. “It draws these students into STEM (Science, Technology, Engineering and Mathematics) fields, which is critically important from a South African perspective in terms of up-skilling our workforce and diversifying our economy, armed with bright young minds equipped with the sorts of high-tech and analytical skills that STEM fields provide,” he explained. 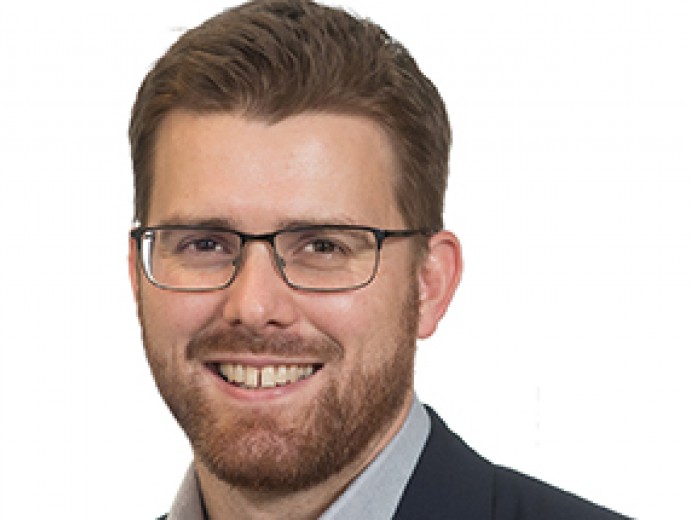