Justin Harrison, a recent MSc graduate from the Department of Physics at the University of Pretoria (UP), will be one of only 20 top young scientists from South Africa to attend the 69th Nobel Laureate Meeting later this year in Lindau, Germany.

“It is a great honour to represent South Africa at this global event,” Harrison says. “Rubbing shoulders with some of the smartest people in the world for a week will be a life-changing experience, especially for young scientists like myself who are just starting their careers.”

The Academy of Science of South Africa (ASSAf) is the official partner of the Lindau Foundation, and with funding from the Department of Science and Technology, each year the organisation nominates young scientists to attend the Lindau Nobel Laureate Meetings, which are designed as a forum for early-career scientists from all over the world to have an in-depth exchange with Nobel laureates.

This year’s meeting is dedicated to physics, and one of the main topics is lasers and photonics. “I am looking forward to the conference presentations, where the Nobel laureates will present their groundbreaking research,” says Harrison. “I would love to meet the 2018 Nobel Prize winners for physics, Gérard Mourou and Donna Strickland, who did outstanding research in the generation of ultra-short optical pulses.”

Harrison recently completed his MSc Physics degree at UP under the supervision of Professor Tjaart Krüger (Physics) and Dr Shankara Radhakrishnan (Chemistry). But his path to achieving his master’s wasn’t necessarily a straight one. The graduate has much praise for the extended programmes in the Faculty of Natural and Agricultural Sciences, which give students who do not meet the minimum Mathematics and Science requirements for university entrance a second chance by offering the degree in four years instead of three.

“I enrolled for the four-year BSc Physics Extended Programme at the Mamelodi Campus,” Harrison explains. “After completing the bridging period, I was permitted to rejoin my peers in the three-year programme at the Hatfield Campus. Despite this setback and with hard work and determination, I honed my skills to become a successful physics student.”

Harrison passed all his Physics degrees (BSc, honours and master’s) with distinction and academic colours, and received many awards for outstanding academic achievements. He was also a tutor during his studies.

“My advice to the youngsters out there who are faced with similar challenges is to remember that, no matter what the obstacle, if you are determined, work hard and stay focused, there is absolutely nothing you can’t achieve.” 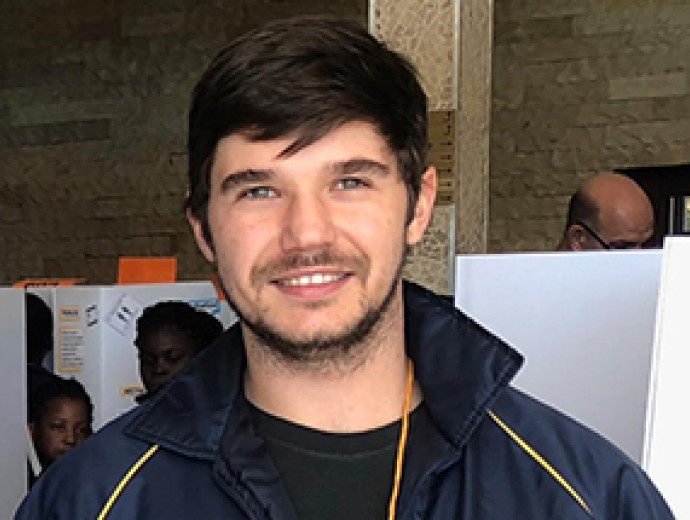