Stephen Hawking was one of those rare scientists whose communicative approach to theoretical physics helped to shape the popular understanding of the complex theories of relativity and the idea that black holes emit radiation. Hawking’s theories combined the fields of cosmology, general relativity theory and quantum mechanics.

His work, A Brief History of Time, which was published in 1988 and introduced these concepts to a non-specialist audience, remained on the Times of London bestseller list for a record 237 weeks. To date, in excess of 10 million copies have been sold and it has been translated into more than 40 languages.

He was a supporter of the field of science communication and encouraged scientists to communicate their research findings to a wider, non-specialist or non-academic audience. In 2016, he instituted the Stephen Hawking Medal for Science Communication. The first winners included composer Hans Zimmer, physicist Jim Al-Khalili, and the science documentary Particle Fever. In 2017, the winners were Neil deGrasse Tyson, The Big Bang Theory and Jean-Michel Jarre.

Hawking played himself in popular culture television shows, including Star Trek, The Simpsons, Futurama, The Big Bang Theory, several documentaries on his life and a voiceover for a radio series of The Hitchhiker's Guide to the Galaxy.  He also did endorsements for British brands.

Prof Konstantinos Zoubos, who conducts research in the field of theoretical physics in the Department of Physics at the University of Pretoria, fondly remembers reading A Brief History of Time as a teenager. 'It was one of the reasons I was drawn to theoretical physics,’ he says. Hawking's influence pervades all aspects of the field, from his classic (and indispensable) general relativity textbook, The large-scale structure of space-time (co-authored with the South African physicist George Ellis), to his momentous discovery in 1974 that black holes emit thermal radiation.

This unexpected result led to the celebrated Black Hole Information Paradox, which more than forty years on is still a hotly debated topic, and one to which Hawking himself was still making important contributions right until his passing. Several of my postgraduate students are working specifically on obtaining a better
understanding of black hole thermodynamics in various settings, with the goal of explaining the nature of black hole entropy within the framework that Hawking was instrumental in uncovering,’ says Prof Zoubos.

Hawking also made significant contributions to South African and African science, through his unwavering support of the Cape Town-based African Institute for Mathematical Sciences (AIMS), and the Next Einstein Initiative. In 2008, he attended the launch of the latter in South Africa.

Prof Roger Deane explains that ‘Hawking’s remarkable life showed that human endeavour is limited only by our own imagination. This serves as a great source of inspiration as we continue the quest to understand Hawking’s most beloved objects, black holes, here in the new UP Astronomy Group, and indeed around the world’.

Prof Chris Theron, Head of the Department of Physics, who believes that Hawking’s impact on how we understand the world cannot be underestimated, noted: 'Not only did Stephen Hawking make seminal contributions to our understanding of nature, he also was passionate about communicating science and did that brilliantly. We are inspired by his example, to remain curious and never give up.’

A Brief History of Time was an attempt to provide a simple explanation of the complex issue of where and how the universe evolved and where it is headed. Hawking reminded us to '[r]emember to look up at the stars and not down at your feet. Try to make sense of what you see and wonder about what makes the universe exist. Be curious. And however difficult life may seem, there is always something you can do and succeed at. It matters that you don’t just give up’.

Hawking’s life was testimony to the reach that science could have. He was a vocal activist for disability rights, promoted environmental and social sustainability, questioned the impact of philosophy on science and of science on philosophy as aspects of knowledge, using his platform to promote peace, justice, the end of wars and unjust invasions. He also promoted international research collaboration through the free movement of people, and access to adequate social care. His involvement in politics, climate change, and other essential social debates shows us that we do not need to be limited to our academic disciplines to make a difference in the world. 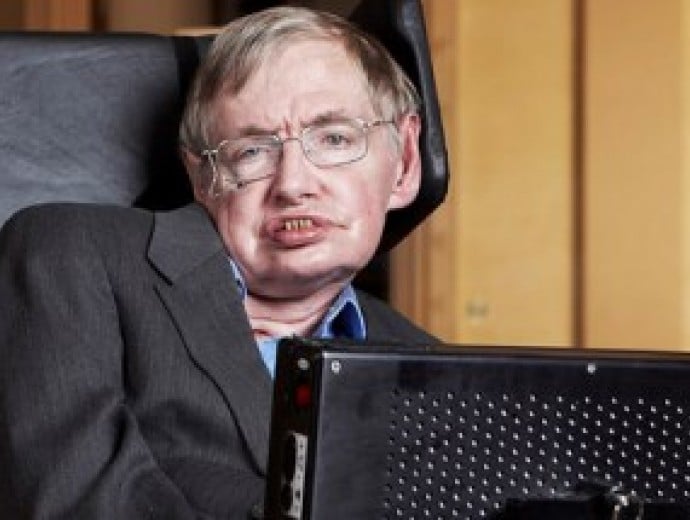