Data Science is the way of the future

Data Science is the way of the future and South Africa must urgently position itself to handle all the data generated by the SKA radio telescope internally, otherwise this function will be taken over by researchers in other countries, says Prof Russ Taylor, a leader in the field of radio astronomy who is closely involved with the Square Kilometre Array (SKA) project.

Prof Taylor visited the University of Pretoria on Monday (12 October) and delivered a lecture on the SKA project and the data challenges it poses.

The SKA project, a global radio telescope that will enable unprecedented research of outer space, is expected to be completed in 2025 at an estimated cost of 3 billion Euro. MeerKAT, the South African precursor to the SKA, is already under construction outside the town of Carnarvon in the Northern Cape and is expected to become operational in 2017.

Prof Taylor says the completion of MeerKAT represents the first 1% of the SKA project that will span across ten countries.

"The amount of data that will be collected by the SKA is so big that none of the systems we currently have in place will be able to process it," says Prof Taylor.

"It is no longer enough to be an expert in the field of astronomy. We need data scientists."

Data Science is an interdisciplinary field in which the data scientist analyses huge volumes of data to create knowledge and insight out of it. The Harvard Business Review recently described the data scientist as the "sexiest" career of the 21st century.

Prof Taylor is also the founder director of the Inter-University Institute for Data Intensive Astronomy initiative, or IDIA. IDIA will bring together researchers in the fields of astronomy, computer science, statistics and eResearch technology to develop the capacity for data science.

IDIA will use the SKA project as starting point and focus, but Prof Taylor says data sciences are needed in many other fields other than astronomy. "Five years ago such a job did not exist and now there is already a huge shortage in such experts."

Prof Taylor says there has been a huge increase in the interest in astronomy around the world. Prof Chris Theron, Head of the Department of Physics at UP confirms this. According to him UP started presenting modules in astronomy this year, which has already proved to be very popular amongst students in physics.

Prof Anton Ströh, Vice Principal: Institutional Planning at the UP, said in his preamble to Prof Taylor’s lecture that the University is currently exploring the initiative to create an Institute for Data Science.

Prof Engelbrecht, Head of the Department of Computer Science at UP, and Prof Eloff, also from the Department, said that the University has a team of multi-disciplinary world-class researchers that work in different aspects of Big Data Science and that UP supports the initiatives of the SKA project.

According to them it is envisaged that there are two priority areas for cooperation and possible alignment with the SKA IDIA stakeholder group. These are Big Data Science capacity building in South Africa, which includes the re-skilling of existing human resources, and modelling with a strong emphasis on Machine Learning. 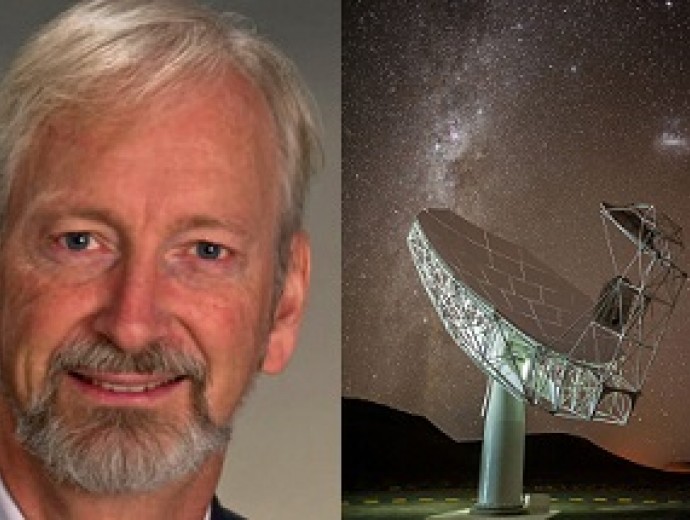