The political function of collective narratives has recently become increasingly important, both in scholarship and in social practice. In Europe, the debate is mainly concerned with the question of whether the absence of a strong European narrative is influencing the centrifugal tendencies within the European Union and, if this is the case, how this could be counteracted. It becomes clear that a large part of mythopoetic resources is still bound by national culture and are being reactivated by populist movements. In the case of newly constituted states, the question is how such offers of national identification are generated and made politically virulent. South Africa, for example, must reinvent itself not only as a post-colonial but also as a post-racist community/collective. To this end, great and imaginative efforts are being undertaken which are particularly evident in the design of places of remembrance (Gedächtnisorte).

This summer school firstly laid the conceptual and methodological foundations for analysing narratives, their characteristics and operational functions. We then focussed particularly on the narrative constructions of national founding myths and on one specific, very effective founding myth of Switzerland, organized around the figure of Wilhelm Tell. An excursion to the famous Ruetli-Wiese proved that this place operates with a minimum of signs to create a maximum of meaning.

The Summer School was funded by the Cluster of Excellence on “Cultural Foundations of Integration” of the University of Konstanz and by funds from the Erasmus+ programme.

The second Summer School on the same topic will take place at the University of Pretoria in April 2018. 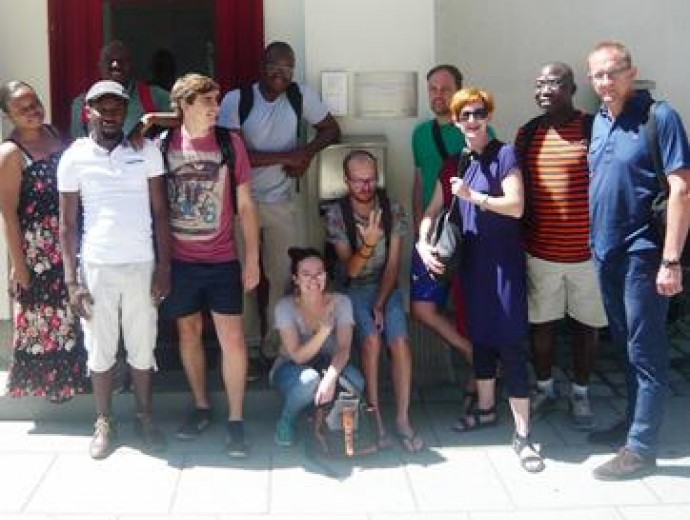 UP staff and postgraduate students who attended the Bilateral Summer School