The theme of this conference was ‘The Origin of the Sectarian Movement in the Dead Sea Scrolls’. This is a much-debated topic that led to a lively conversation. The renowned archaeologist, William Albright, said in 1948 after the discovery of the Dead Sea Scrolls in Israel in 1947 that the discovery of the Dead Sea Scrolls was the most important archaeological find in our time. More than 900 manuscripts (including variants of the same document, and many fragments) relating to 445 different literary compositions, were found, most of which are in Hebrew and some in Aramaic. They were discovered in eleven caves near Qumran between 1947 and 1956. Most manuscripts came from Cave 4. Except for the Book of Esther, at least one copy of each of the books of the traditional Hebrew canon was found among these manuscripts. The scrolls contain religious manifests, manual of Jewish rules, communal regulations, and biblical exegetical writings.

Professor John J Collins, the Holmes Professor of Old Testament Criticism and Interpretation at Yale Divinity School, who is appointed as an honorary professor at the University of Pretoria in the Faculty of Theology and Religion, Department of Old Testament and Hebrew Scriptures, was the co-host of the conference with Professor Ananda Geyser-Fouche. Prof Collins is a world-renowned Qumran scholar and his research focuses on Apocalyptic Literature and Old Testament criticism.

Qumran studies contribute immensely to the understanding of early Judaism. These studies provide the source of important information regarding the different sects that existed in Israel, also during the time of Jesus, as there are many references to the Pharisees, Sadducees, Essenes, and Zadokites. The Dead Sea Scrolls contribute to our understanding of the canonical and deutero-canonical gospels and enhance our understanding of quotes from the Hebrew Scriptures in the New Testament, some of which were previously inexplicable.

Other international scholars were participants from the USA, UK, Switzerland, Israel, Malta, the Netherlands and Australia, which included specialists in the Scrolls, in Second Temple Judaism and literature, but also in archaeology and curating.

Eighteen papers were delivered during the Qumran conference and the reaction was astonishing. The programme with the titles of the presentations, as well as links to the recordings are listed hereunder: 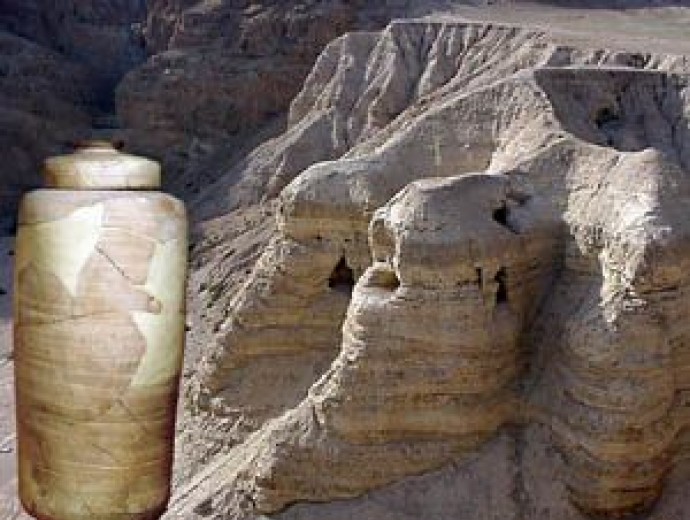